Keegan Moore to Transfer to UNI 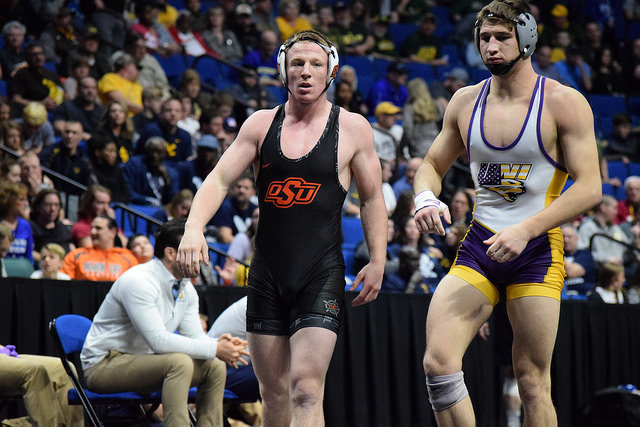 The third Moore brother is coming “home” as IAwrestle has learned 184-pound Keegan Moore will transfer to the University of Northern Iowa. Moore joins the Panthers after spending the previous two seasons as a member of the Oklahoma State wrestling program. Moore recently wrapped up his freshman season with the Cowboys where he compiled a 18-10 record and was a NCAA qualifier. During his redshirt season he saw limited action going 2-2 in one competition.

Originally from Jackson County, Minnesota Keegan will become the third member from his family to wrestle for Doug Schwab and the Panthers. Oldest brother Cooper was a three year starter at 165 pounds before injuries cut his career short. Keegan’s other brother, Paden is a current member of the team competing at 157 pounds.

IAwrestle has also learned that Moore will be immediately eligible for the Panthers and will not be required to sit out a year for transferring between conference schools. The Panthers currently feature All-American Drew Foster at 184 pounds, who will be back for his senior season. The Panthers return all ten starters and benefit from the return of Bryce Steiert, who redshirted this past season.

*This article was originally posted stating Moore may have to sit a year due to transferring in conference. New information has been provided to IAwrestle where we are able to report that will no longer be the case.

2 thoughts on “Keegan Moore to Transfer to UNI”