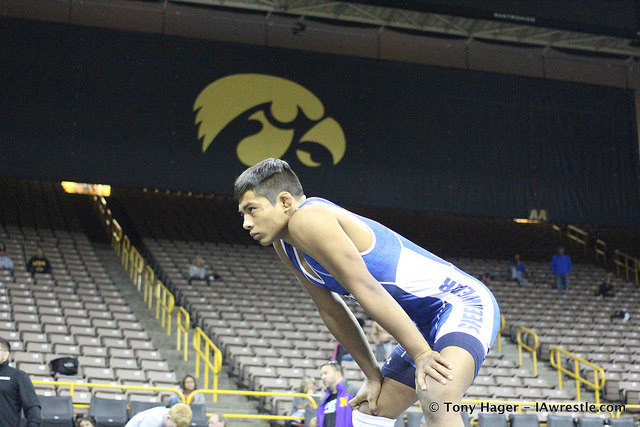 The Hawkeyes are once again active on the transfer market as Christian Pyles of Flowrestling is reporting that Jason Renteria is once again considering Iowa. The two sides have a shared history with Renteria originally committed to the Hawkeyes as a high school sophomore. According to Pyles, Renteria has now received a full release from Nebraska and is allowed to talk to any school.

A native of Oak Park River Forest high school in Illinois, Renteria was one of two early verbal commitments in the class of 2017, but Renteria had a change of heart in the month of July leading into his senior year. He eventually found his way to Lincoln wrestling for Mark Manning and the University of Nebraska.

With the Huskers in need of a 133-pound starter, Renteria saw his redshirt pulled as a true freshman. After qualifying for the NCAA championships for the Huskers, Renteria infamously missed weight for the season’s biggest tournament. Earlier this summer the wrestling community learned of Renteria requesting his release from Nebraska, a release that previously blocked him from contacting other Big Ten schools. With that restriction now lifted, Renteria is free to pursue the opportunity to reunite with the program he originally committed to four years ago.

If the Hawkeyes manage to land Renteria it will be the second big name transfer for Iowa this offseason. Earlier they landed the talents of Pennsylvania native Austin DeSanto of Drexel University. Like DeSanto, Renteria would project at 133 pounds for the immediate future with the very real possibility of needing to move to 141 pounds later.