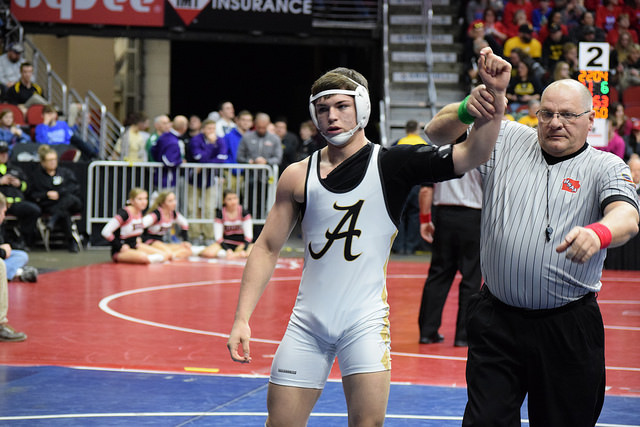 Davenport Assumption has been one of the premier wrestling programs in the state of Iowa in recent memory. Former head coach, and NCAA D1 national champion, Pete Bush had long been the face of the program. Bush stepped down as the head coach shortly after the conclusion of the 2018 state wrestling tournament and the search for a new coach has been going on since. Today Assumption has named Jon Terronez as the next head coach.

Below is the press release the school put out to announce the hire:

Assumption High School is pleased to announce the promotion of Jon Terronez to Head Wrestling Coach. Terronez spent the past season as an Assistant Coach with the Knights wrestling program at Assumption, helping the team to a seventh place finish at the 2018 Iowa High School State Wrestling Dual Tournament.

A native of Moline, IL, Terronez served as an Assistant Coach with the wrestling program at Moline High School from 2012-17. While he was at Moline, the Maroons won four consecutive Western Big 6 Conference titles, as well as three consecutive regional titles. He graduated from Buena Vista University in 2009, where he was a Varsity wrestler and team captain under Hall of Fame coach Mark Schwab. In his professional career, Terronez has worked extensively for the Illinois Department of Juvenile Justice as both a Youth and Family Specialist, as well as a Juvenile Justice Specialist.

“I’m extremely excited about this opportunity,“ Terronez said. “I have some big shoes to fill, but I’m ready to hit the ground running!”