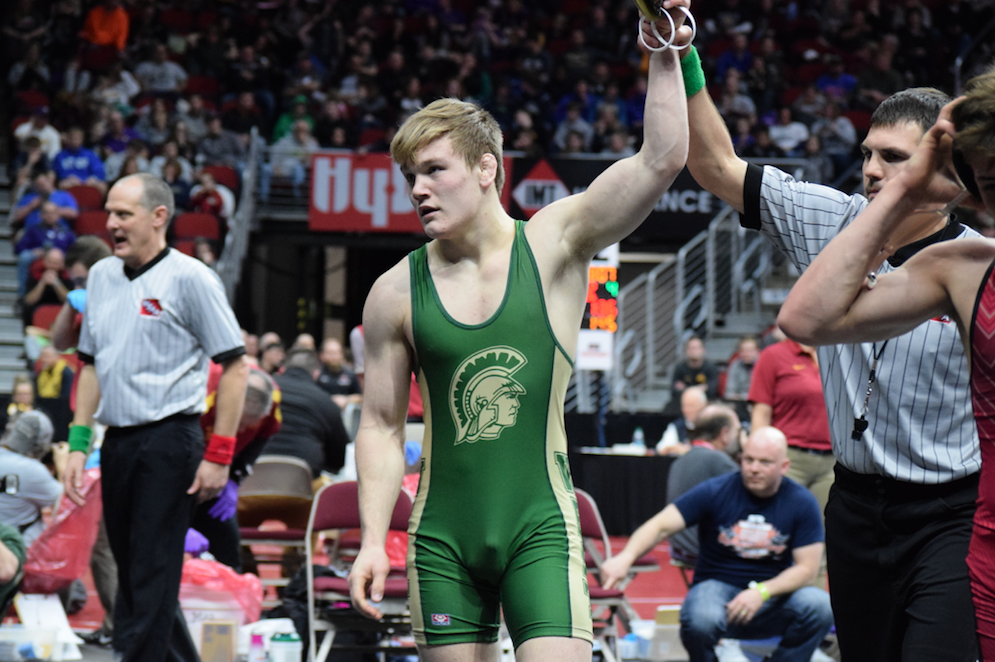 Tom Brands has secured his fourth straight top ten recruiting class according to Flowrestling (FloPro subscription required). The class rankings are compiled by long-time editor Willie Saylor, who slotted the Hawkeyes at #9 overall for the class of 2018. This top ten finish is followed by the Hawkeyes landing last year’s #2 class (per Flo) and #3 the year before that.

In terms of volume, the Hawkeyes had a very light year in this class, but what they lack in quantity they made up for in quality. As IAwrestle contributor Cody Grunenwald noted in our Recruiting Class Wrap-Up – the big ticket item for the Hawkeyes will Illinois native Anthony Cassioppi, who was not only a top heavyweight recruit, but was also among the best in his class.

Iowa supplemented Cassioppi with Iowa City West’s Nelson Brands, who was recruited for reasons more than just sharing a last name with the men in charge of the program. Brands also rates as a top 100 recruit according to Flowrestling as a projected middleweight.

Finally, Iowa’s other big addition came via transfer, Austin DeSanto. Saylor states in his article about how he values transfers in these rankings, but his comments regarding the new Hawkeye run counter to his normal stance. All told Saylor was very optimistic on all three of Iowa’s big additions.

The Hawkeyes weren’t the only team enjoying success on Flowrestling’s list – as Kevin Dresser landed the #11 overall class in what is the coach’s first official class he put together as head man in Ames. Like the Hawkeyes, the Cyclones feature two top 100 recruits – Valley-WDM’s Joel Shapiro being the other.

The strength in the Cyclones class is a balance in both terms of talent and the quantity of wrestlers being brought in. Saylor labels Iowa State’s top get, David Carr, as an “uber recruit” and a future title contender. In addition to Saylor’s strong praise, we at IAwrestle have sung the praises of the quality of the state of Iowa’s 2018 seniors and how much talent they bring to the table. It makes sense that given Dresser’s success of landing those Iowans it would translate to positive results in the recruiting class rankings.

Finally, just missing out on the list was Northern Iowa – who was listed as an honorable mention. The Panther’s big three for 2018 were Michael Blockhus (New Hampton), Kyle Biscoglia (Waukee), and Drew Bennett (Fort Dodge). Of that trio only Blockhus rated as a top 100 recruit, which is what likely led to their fringe top 20 status.

While Dresser had success of landing our state’s top preps, Doug Schwab pulled in more than his fair share and overall this class is something Panther fans should be very optimistic about.