The Chris Bono Era at Wisconsin Set to Begin 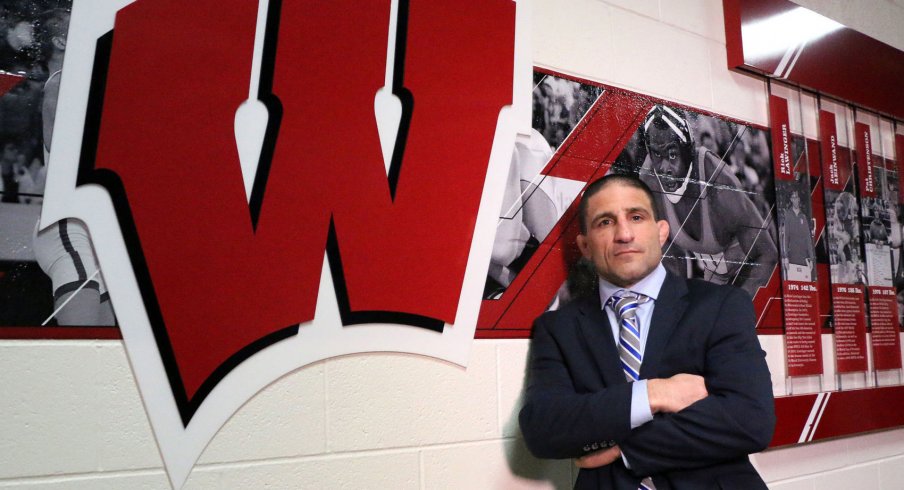 It has already been a week since the news came out that Chris Bono, formerly the head coach of the South Dakota State Jackrabbits, would be moving to Wisconsin to take up the vacancy left by Barry Davis. The move has been considered a resounding win for the Badgers, with Bono’s skills clearly having been sharpened during his stay in Brookings where he built SDSU into one of the top programs in the Big 12.

Now that the dust has settled on the hiring, Bono took an opportunity to speak out on his decision to leave a program that he has built from essentially scratch and also reflect back on some of the important lessons learned while at his prior job.

“I would have never left if the job was not a destination job.” Bono said when appearing on the most recent episode of Takedown Radio, “Brookings is a special place. The university is special, the administration is special. I would have never left unless it was not another school that would give a chance to win a national championship and give the best kind of support you can possibly have.”

According to Bono, Wisconsin made the decision to go after him before the conclusion of the 2018 season. After nearly 25 years of the Badgers being led by Iowa native Barry Davis, the head coach informed the administration he had plans for 2018 to be his final season. With the university’s head job opening up the Badgers decided to move quickly, reaching out to candidates – including Bono – over the final weeks of the season.

“The conversation started at the Big 12 tournament actually.” Bono commented on how he was first contacted about the Wisconsin job, “(Wisconsin) said Barry would be stepping down on Monday after the conference tournament and then it led throughout the national tournament, and then the interview on campus. To be in the Big Ten and to be in a chance to win a national championship..its a no brainer.”

Bono went on to have a record season in his Jackrabbit coaching finale sending seven wrestlers to Cleveland (a team high), adding three All-Americans (also a new high), and crowning SDSU’s first ever NCAA champion (in any sport). With those results, and the fact that the NCAA champion, Seth Gross, having another year of eligibility it’s clear that the opportunity that lured Bono away from what he had built needed to be a tremendous fit.

According to Bono, the fit at Wisconsin is good as it will ever get – stating he is ready to spend the rest of his career in Madison.

“This is it. I want to stay here for the rest of my career. I am ready to finish my career at the University of Wisconsin. There is no other job that would attract or even interest me at all. This is it for me.”

Not necessarily lost in the shuffle of Bono leaving SDSU is the fact that while this is a tremendous opportunity for Bono, this is potentially a step back for his old program. While Bono’s departure will certainly slow some of the momentum the program was building, there is little debate that Bono has created a very attractive landing spot for his successor and if the administration is able to find the right replacement, the Jackrabbits may never miss a beat.

And built it Bono did. Over the past few seasons Frost Arena, which holds the SDSU home duals, has seen record number crowds and season ticket sales. With strong support from the athletic administration the job posting is certain to field interest from many high level assistants and from mid-major head coaches across the wrestling landscape.

One name that won’t be in the mix however, will be Bono’s lead assistant Jon Reader, who has already announced that he will be following his mentor to Madison.

“Reader is my right hand man. I can’t be without him. I am very happy for the loyalty, the friendship, and love we have for each other. Its unbelievable. Everyone knows how well respected he is and what kind of guy he is. His work ethic. We’re a team. ”

“Chris and I have a great relationship,” Reader added to IAwrestle in a separate interview, “We think alike and are driven with the same goals I am grateful for the opportunity.”

That bond with Bono is one of the main reasons Reader will head to Wisconsin to join the new staff, but that doesn’t mean that Reader didn’t stop to entertain the notion of leading his own program. At the end of the day, Reader followed his heart which will still come with its own set of new challenges.

“It got real really quick,” Reader said when asked if he considered staying in Brookings, “I had the opportunity to stay at SDSU and be the next head coach, but the decision was easy because I knew this was where I wanted to be.”

If the South Dakota State rise to national prominence has taught us anything over the past few years its that Bono and Reader truly do make for a great pairing. With today being the first official day of the Bono-Wisconsin era we will see just how quickly the dynamic duo can hit the ground running. Given the university’s resources one of the more interesting stories to watch will be seeing who Bono selects to fill the final two staff positions.

The other interesting note will be who Bono and Reader will be able to bring in for Senior level athletes to train at the school affiliated Badger Regional Training Center. The Senior level club currently supports Nazar Kultchskyy and Evan Henderson, the latter is coming off a Bill Farrell title, which qualifies him for the World Team Trials.

Regardless of the decisions made the one thing that seems certain is that Badger wrestling fans appear to be in good hands.