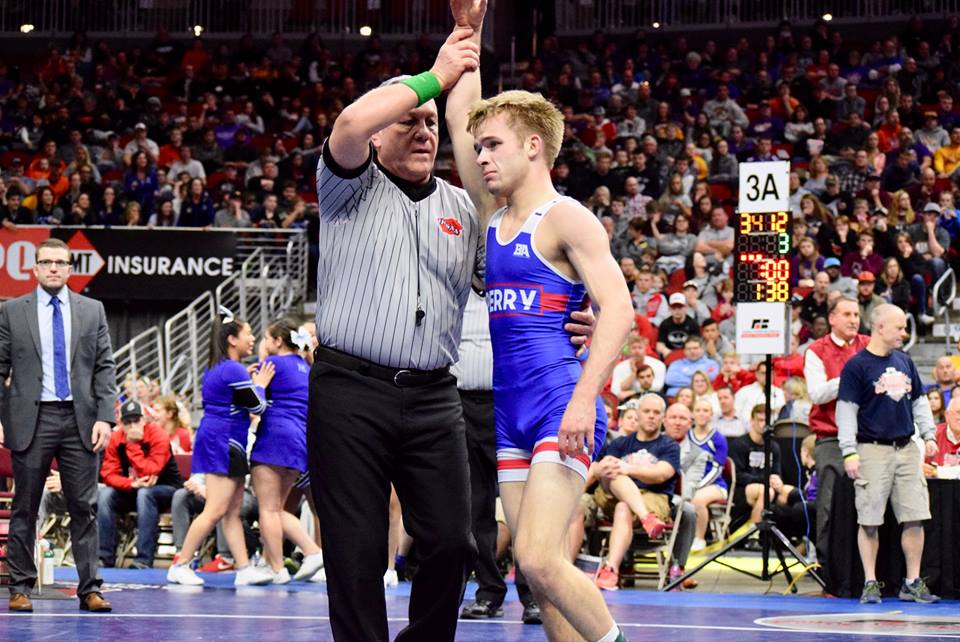 Zach Stewart qualified for the state tournament in 2017 but failed to reach the medal stand. This year however he came into his senior season hungry for more.

Coming into the state tournament Stewart held the #2 spot in IAwrestle’s final set of rankings, but he was able to put together a strong run to go out as a champion. His path was far from easy as he downed three ranked opponents en route to his title, first #9 Nathan Marchand (Southeast Polk), then #10 Drevon Ross (Fort Dodge), before downing #4 Deville Dentis (Des Moines, East) in the finals to win the class 3A 138 pound title.

Stewart has decided to take that drive to the next level as he has committed to Division III powerhouse Wartburg College.

“I liked the coaching staff a lot! I will be able to accomplish my goals there.” Stewart said of his decision.

Stewart added “I would like to thank my parents for helping me with everything and giving me whatever I needed for wrestling. Thanks to my coaches for being great coach’s. And thanks to my uncle Chad for teaching me the most about wrestling and letting me train all year round with great partners and having the best clinicians. Thanks to Trevor Kittleson for getting me started in wrestling and teaching me a lot about the sport. Thanks to my family and friends and everyone who cheers me on at the meets. And thanks to all my wrestling partners for pushing me and making the wrestling room an enjoyable place to be.“

Stewart considered Coe, Simpson, and Loras before choosing to wrestle for the Knights.