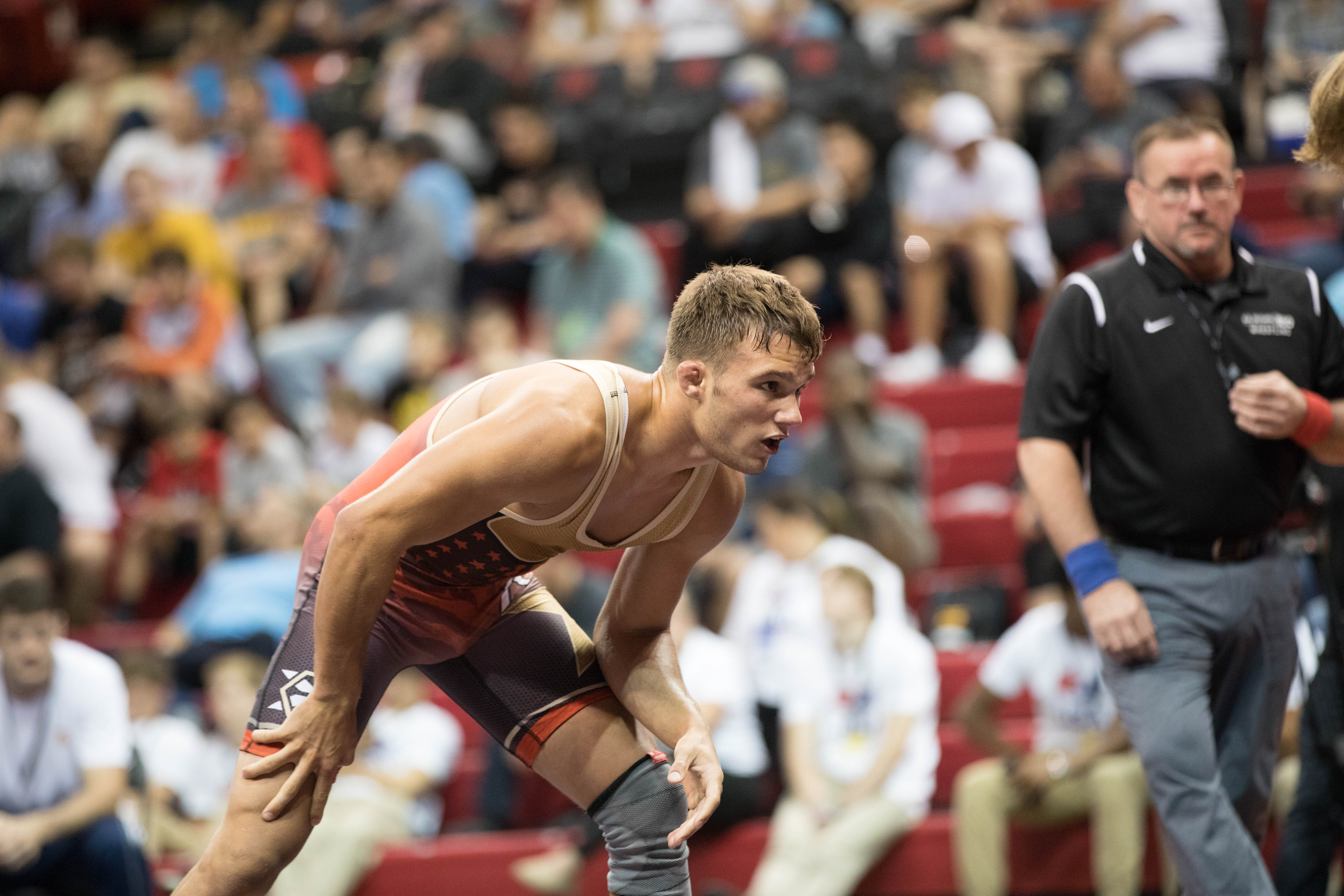 Kanen Storr has finally found his landing spot as the redshirt freshman has informed IAwrestle he will be returning to his native state of Michigan to compete for the University of Michigan.

“I chose Michigan for many reasons. First, I trust the staff. I grew up training with them for freestyle events while I was coming out of high school, so I know what they are about, and on top of that their results speak for themselves.” Storr told IAwrestle on the move back home. “They just came out of the National tournament with five All-Americans, were the fourth place team, and are only going to build off of that.”

Storr will enter Ann Arbor looking to compete for a 141-pound spot that is currently occupied by sophomore Sal Profaci who was a NCAA qualifier for the Wolverines in 2017. Additional depth includes true freshmen Ben Freeman and Nick Lombardi as well as 2018 class signee Joey Silva who projects at 133 or 141.

One of the main benefits of the transfer will allow Storr to be in a much more comfortable environment, surrounded by teammates he grew up training with, and he will be within close proximity to home.

“I am super close with everyone on the team. They are like my brothers! I grew up training with most of the guys on the team since we were young. I believe this team and staff have the potential to win a national title, and I feel there is no better way to do it than with your brothers from day one by your side! And finally, my family is 45 minutes away. There is no match from the support you get from your own.”

Once hailed as one the key pieces for Kevin Dresser to build around, the relationship between staff and wrestler broke down to the point that Storr left the team mid-season following the team’s dual with West Virginia. The announcement of Storr leaving the team was coupled with the news that Dresser agreed to give Storr a full release to any Division I program outside of the Big 12 Conference – with that restriction being a school policy.

Following the news of the full release Dresser appeared on Takedown Radio stating he believed his athlete was tampered with by former Iowa State coaches. Both the fans and media connected the dots to assume Dresser’s reference pointed a finger at former Iowa State assistant coaches Trent and Travis Paulson.

The Paulsons,, who now have jobs coaching at the University of Virginia, had their phone records searched by the NCAA in response to Iowa State’s allegation, with the Cedar Rapids Gazette reporter Ben Visser’s source stating “the phone log showed substantial text messages and calls over an extended period.” According to the NCAA coaches from a different school are not allowed to have contact with athletes at other institutions.

According to Storr, the Paulson brothers were his landlords and he also considered them mentors, which was his explanation for contact with the previous staff members. Storr also released his version of the story on social media and the Des Moines Register’s Cody Goodwin did an excellent breakdown detailing the timeline between ISU and Storr.

2 thoughts on “Kanen Storr Transfers to University of Michigan”