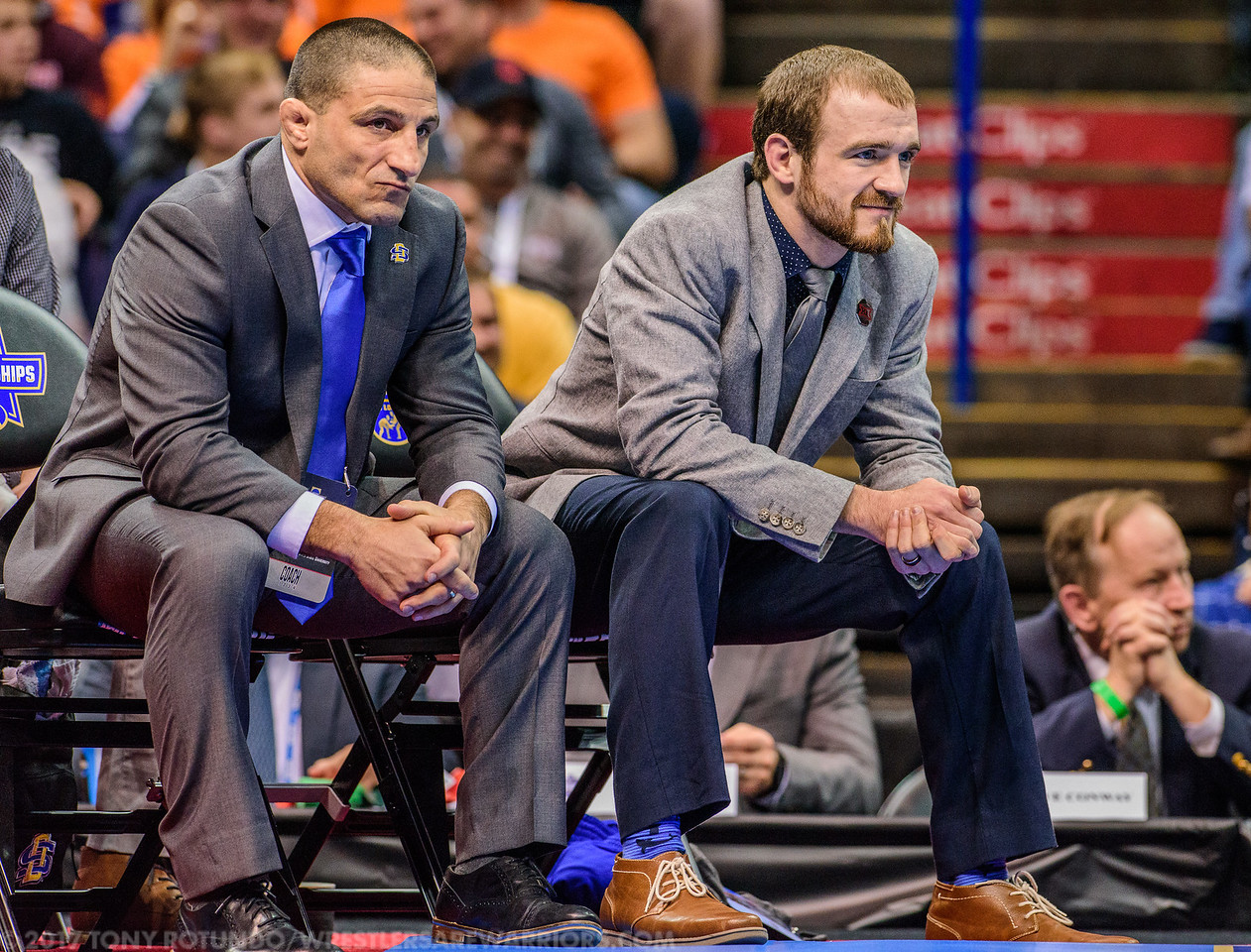 After posting back-to-back program best seasons, South Dakota State head coach Chris Bono is moving onto the next challenge in his career as he has accepted the head coach position for the Wisconsin Badgers, as first reported by Flowrestling. Bono replaces long-term fixture Barry Davis for the Badgers.

After six seasons at the helm of the Jackrabbits Bono has built the program from a bottom tier into one of the best in the Big 12. In his first four seasons Bono qualified 12 wrestlers for the NCAA championships, but led the team to new heights in 2017 when qualified a season best five wrestlers. Even more noteworthy was the program’s first Division I All-Americans Seth Gross and David Kocer and finishing 16th place in the team standings.

Not to be out done Bono sent seven Jackrabbits to the 2018 NCAA championships with three of his wrestlers reaching the podium – and Seth Gross winning SDSU’s first ever Division I national title. As a team SDSU finished in 12th place, ahead of the likes of Oklahoma State.

A wizard on social media, Bono and the Jackrabbit program were routinely recognized as having one of the nation’s top online presence. Which as evident in today’s world has been a boon. With Bono’s skills in the room and online he will attempt a different sort of rebuild, this time trying to resurrect the Big Ten program.

Prior to Bono taking the reigns, the Badgers were led by Iowa native Barry Davis, who was the team’s head coach for the last 25 seasons. During that time Davis crowned eight Big Ten champions and three NCAA champions. His all-time high was a fourth place finish in 2010 which led to him being named the NWCA’s head coach of the year.

Bono was a standout for the Iowa State Cyclones earning two All-American honors including a national title as a senior. He was also a three-time World Team member in freestyle, though he did not wrestle at the 2002 World Championships despite qualifying due to the United States not competing.

One of the bigger questions will be what happens with the coaching staff. The current Jackrabbit staff features former Iowa State standout Jon Reader and former Northern Iowa wrestler Cody Caldwell. Reader is considered one of the top assistant coaches in the nation, and would likely be a front runner for to replace Bono at SDSU.

On the Wisconsin side the Wisconsin assistants are lead by Trevor Branvold and Kyle Ruschell, who could be retained in order to maintain a bit of continuity within the current room.

Reports from The Open Mat have Assistant Jon Reader also accepting a role at Wisconsin. IAwrestle will keep you updated as this story develops.