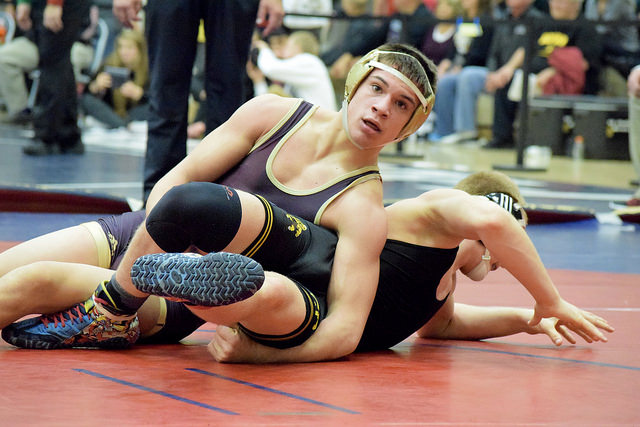 Loras continues to mine the 3A ranks as they build their 2018 recruiting class this time grabbing Des Monies Lincoln’s Tad Griffith and adding him to the fold. The two-time state medalist projects at 174 pounds for the DuHawks.

After placing fifth and 2016 and seventh in 2017, Griffith would have entered his senior season as a title contender at 170 pounds. Unfortunately an injury prevented him from competing this season.

“The recruiting process for me has been a little slower than I had hoped it would be this last year.” Griffith told IAwrestle, “Not wrestling this season didn’t help me get my name out there more, which is why the coaches that ended up contacting me first were the ones who I knew pretty well and who knew me through personal experience. In the end, I ended up visiting Central, Grandview and then Loras. Loras stuck out in the end because I’ve known coach (Trevor) Kittleson for a long time and loved the atmosphere up on campus.”

“I want to thank Coach Roland for helping me set up college visits and getting in contact with coaches and my parents for helping me work through the process.”

Ross Bartachek contributed to this article