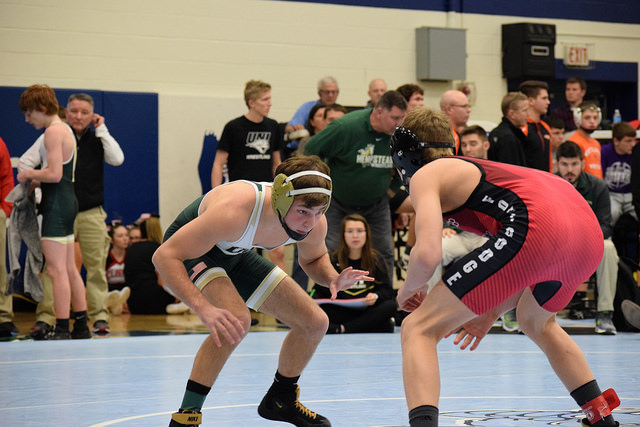 The Dubuque Hempstead wrestling program will be sending another wrestler to the college level, as IAwrestle has learned that Dillon Gottschalk has committed to wrestle for UW-Platteville next fall. A four-time state qualifier for the Mustangs, Gottschalk took the time to catch up with IAwrestle on his decision.

“I like Platteville because it was close to home and coach DeRoehn was supportive throughout the season and they have the major I wanted to go into.”

Looking to major in Biology, Gottschalk picked Platteville over Augustana College, Simpson, and Buena Vista. Gottschalk gave some of the credit to his success to his practice room and the coaching staff.

“The Hempstead coaches have done a great job in letting us wrestle year round. There are partners in that room to push me everyday.”

Projecting at 125 pounds, Gottschalk picked up his second state medal this February when he took fourth at 113 pounds. Prior to that Gottschalk finished seventh as a sophomore at 106 pounds, and went 1-2 as a freshman and junior. Gottschalk was also a USA Wrestling folkstyle All-American, taking sixth in 2016.