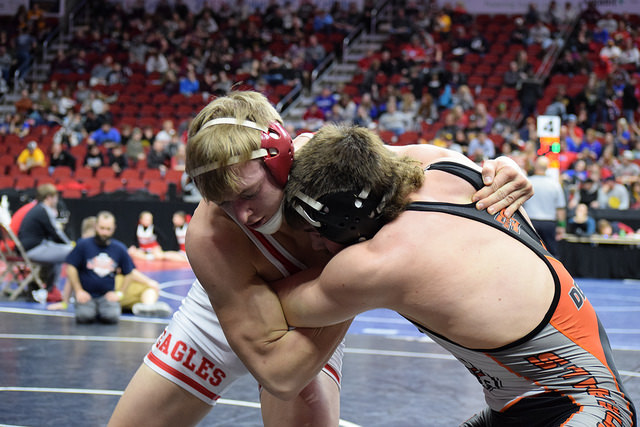 West Hancock’s Hunter Hagen has made his college decision, as the wrestler took to social media to announce that he signed to wrestle for NJCAA power NIACC next season. A two-time Iowa high school state medalist, Hagen caught up with IAwrestle on his decision, which among the reasons included opportunity to compete and proximity to home, but seeing NIACC’s performance at this year’s nationals put the writing on the wall.

Hagen also considered several Division III options before selecting NIACC including Loras, Coe, Luther, and Buena Vista. Projecting at 197 pounds, Hagen believes he already has the tools to go out and compete right away for the Trojans.

“I want to get right into the swing of things,” Hagen said addressing whether or not he will redshirt, “I think I can fair pretty well with the bigger guys.”

Wanted to thank everyone who has given me advice this year about my college decision. With that being said, I’m excited to announce my commitment to wrestle under coach Kelly as a NIACC Trojan!✊🏼 pic.twitter.com/kHBdWHVMk0