Felicity Taylor’s College Decision is IN! 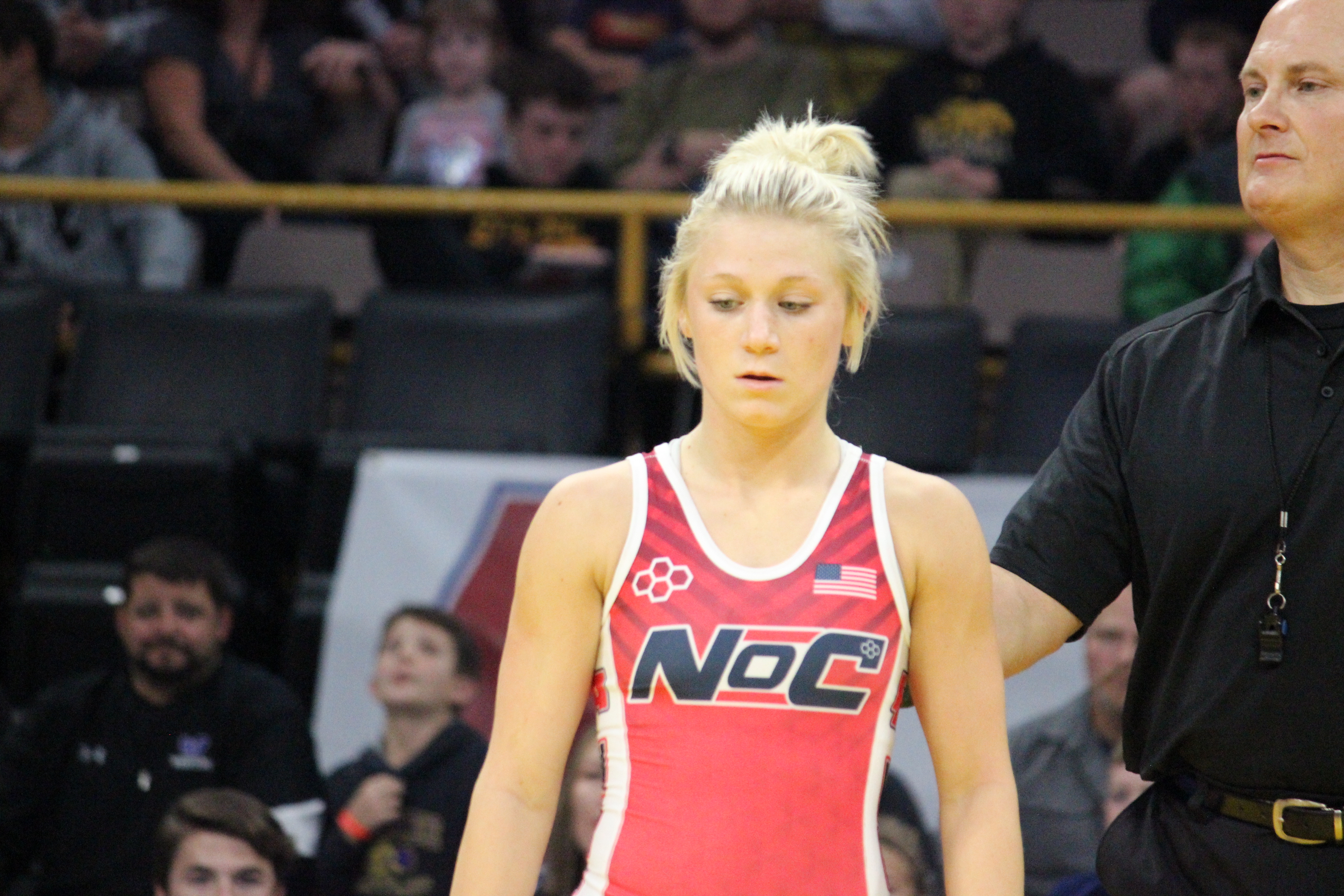 One of Iowa’s top women wrestlers has made her college decision. South Winn’s Felicity Taylor is headed across the boarder to McKendree University in Lebanon, Illinois. The nation’s #2 ranked Women’s wrestler at 106 pounds, Taylor is a big lightweight get for the program.

“I went to the college on a visit and it felt like somewhere I could see myself going.” Taylor told IAwrestle, “I loved the campus, the staff, and especially the coach Sam Schmitz. I had been there a few years ago for Fargo camp and several other female wrestlers from Iowa who I look up to/respect all recommended McKendree. My coach, Jessica Philippus, also recommended it.”

“For sure, that is the style I started wrestling with and am most familiar with.” Taylor said when asked if she will miss competing in folkstyle, “I also found my passion for the sport in folkstyle, but I know that the transition to freestyle will benefit a lot for my future plans.”

The change to college wrestling will also mean that her days of competing against her male counterparts are now behind her. Like moving on from folkstyle

“I feel like wrestling (boys) helped shape me into the wrestler I am today. I was very fortunate to be a 106 pounder my entire high school career and felt very confident competing at that weight.

“I learned that ‘jealousy is a form of hatred built upon insecurities.’ For the most part, people were very supportive but I’ve also had to deal with a lot of negativity and jealousy. Both contributed a huge amount to where I am today, I just use it as motivation.”

Projecting at either 101 or 109 pounds, McKendree was always the top choice for Taylor, but she also considered Lyon University and Oklahoma City University.

“I wouldn’t be where I am today without all of the support of my community, coaches, family, and most importantly, teammates. They all took me in and have been there for me every step of the way. My high school teammates are more than just guys that go to my school, they are my family.”