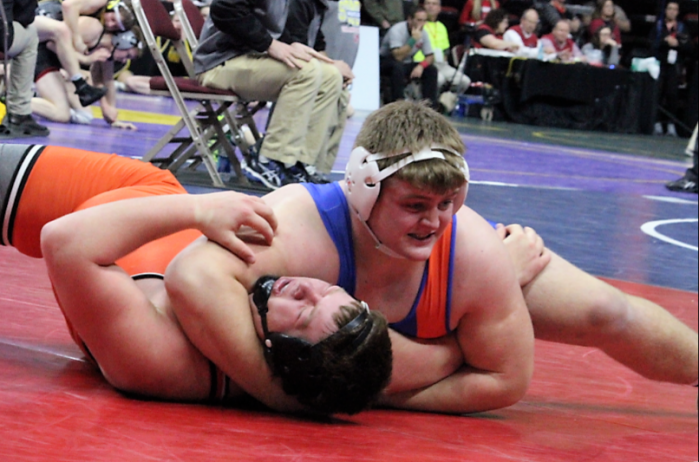 The University of Iowa has picked up the verbal commitment of Brian Sadler as the Jesup prep made the announcement this morning on his personal Twitter account. Although Sadler is the top ranked heavyweight in Class 1A, the Jesup native will be heading to Iowa City for football.

Excited to announce that I have committed to the University of Iowa to further my academic and athletic career. I'm very grateful for this opportunity and everyone who has helped me reach this point. Great new beginnings ahead!!! #itsagreatdaytobeajhawk #Swarm18 🐣🐣 pic.twitter.com/wv93s8Dv44

A two-time Iowa state medalist fits a prototypical mold for head football coach Kirk Ferentz, who regularly recruits the state of Iowa’s top heavyweight wrestlers. Last season, both the state runner-up from 1A (Kyler Schott of North Linn) and 2A state champion (Triston Wirfs of Mount Vernon) both accepted offers to the Iowa football program. Wirfts played in eight games as a true freshman and was the first true freshman to start at tackle for the Hawkeyes in the Ferentz era.

Next month, Sadler will look to join the list of football recruits with successful wrestling backgrounds in a couple weeks. After taking fourth as a sophomore and third as a junior, Sadler will be the favorite to bring home the 1A crown in a class dominated by upperclassmen.