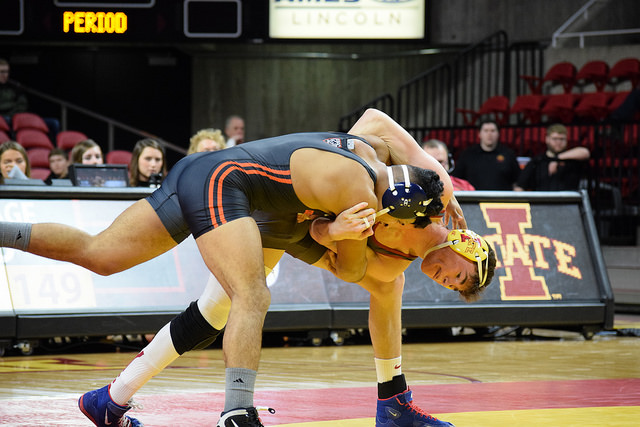 Fresh off the first dual win under Kevin Dresser (and first win at home in 23 months) the Cyclones enter the Virginia Duals looking to continue their momentum. The tournament field features 13 teams stretching from coast-to-coast. Four ranked teams will be in contention with #9 Virginia Tech the top ranked team followed by #10 Arizona State, #14 Northern Iowa, and #17 Lock Haven. The tournament splits teams into four different pools – with Iowa State landing in the James River pool, with team’s advancing to placement brackets based on their pool results.

Joining the Cyclones in the James River pool will be Virginia, who ISU will wrestle in the first round, and Arizona State who will be their second opponent (Iowa State has a bye in Round 2, so this dual will occur in Round 3).

The lineup continues to evolve for head coach Kevin Dresser, who will look to use freshman Sinjin Briggs at 125 pounds following the news that sophomore Jakob Allison has suffered a broken hand. After starting Ian Parker for the first half of the season, Dresser turned to Markus Simmons at 133 pounds last weekend, with the sophomore going 1-1.

Similarly Danny Bush may have emerged and taken the reigns at 174 pounds after he too went 1-1 on the weekend, giving the Cyclones their first win at the weight this season.

Junior Skyler St. John made his return to the mat at 165 pounds after missing time due to injury and should continue to be an option this coming weekend along with Logan Breitenbach..

The computer favors both Virginia and Arizona State in the James River pool.

Teams competing at the Virginia Duals
Dual Rankings by InterMat

One thought on “Cyclones Head East for Virginia Duals”