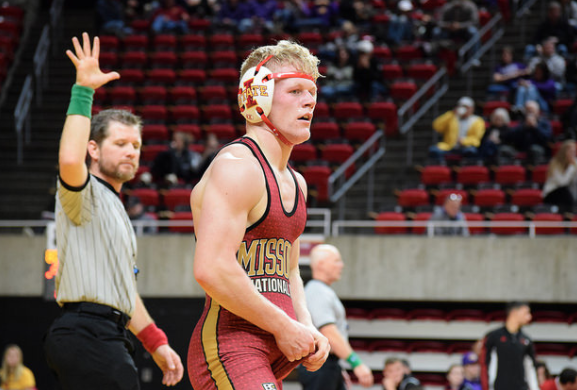 Redshirt Freshman Gavin DeWitt has announced he will be leaving the Iowa State Wrestling program. DeWitt posted this message via Instagram earlier today.

“Today I asked for and was granted a full release from Iowa State wrestling. I loved everything about my experience here at Iowa State and without the opportunity to wrestle here, I don’t know if I’d be the man I am today. I found Christ through the old coaches at ISU, and have become a bigger man of character through the new ones. I am looking/open to exploring my new options and am excited for the what God has in store for my future!! I am beyond thankful for everything and everyone here at Iowa State. Philippians 3:13-14!! #FreeAgent“

DeWitt was coming off a 6-2 redshirt season and in his freshman season riding a 9-5 record. DeWitt picked up a Harold Nichols title in November and then placed fifth place at the UNI Open in December at 149lbs.

The departure is likely because of Jarrett Degen, whom transferred to the Cyclones this season after receiving a full release from Virginia Tech. Degen was the No. 83 overall recruit in the class of 2016 and a four-time Montana state wrestling champion. Degen is 11-3 as the starter for the cyclones this season.

One thought on “Breaking: Gavin DeWitt to Leave Iowa State”