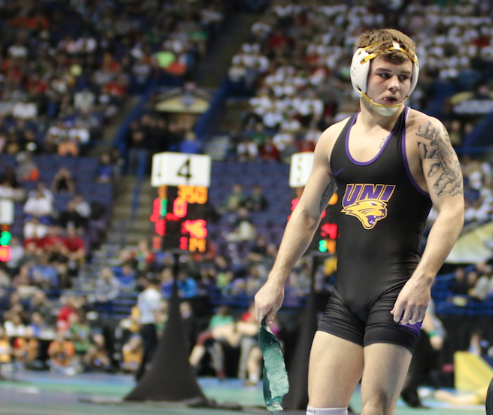 Brackets can be found on FloArena

Live Stream is available through Flowrestling

The Southern Scuffle is back for New Year’s day action and for the second year in a row Northern Iowa will send wrestlers down to Chattanooga for action. This years field features two of the top five teams in the country: #2 Penn State  and #5 Lehigh. #12 UNI rounds out the top 15 list of teams going, as #4 Oklahoma State and #9 North Carolina State are both bringing backups to the tournament.

The pre-seeds were released  on Saturday, and can be found below. UNI has seven men listed among the pre-seeds, including #1 Josh Alber at 141 pounds. Bryce Steiert is listed at #3, but the 165 pounder will be wrestling unattached for the Panthers.

Jay Scharm, Max Thomsen, and Drew Foster all received the second pre-seed at their respective weights. Taylor Lujan and the aformated Steiert take the third pre-seed. Jacob Holschlag closes out UNI’s pre-seeded wrestlers with the fifth spot at 197 pounds.

Generally I think the coaching staff wants to see what the squad can do with a two-day tournament against top competition. As Doug Schwab has talked about numerous times throughout the season this is the last tournament they’ll have with a two-day weigh in before the Big 12 Tournament.

I think what’s more important is that the Panthers get quality matches against top opponents. UNI’s schedule is so limiting this season that they need to take advantage of the opportunities to boost their NCAA resumes as much as possible. All of the Panthers can use more big wins, but Schwarm, Alber, Foster, and Lujan all could use another top win to really solidify their spots come March.

One other note about matches against top competition: it gives the UNI wrestler the chance to show how close they are to the top nationally. Even if they drop a match against a higher-ranked opponent the chance to actually wrestle against the best is a big deal for them.

Without some of the heavy hitters at the tournament, UNI has a chance to finish very high in the team race. As far as I can see Penn State is the big favorite (I know, that’s probably an understatement), but UNI should be battling with Lehigh for the second spot. I fully expect them finish in the top five, and would probably pick them to finish third if you made me put out a prediction.

We’ll have result posts on Monday and Tuesday, as well as updates via our Twitter page, @IAwrestle, during both days of action.

One thought on “UNI spends New Year’s in Chattanooga”