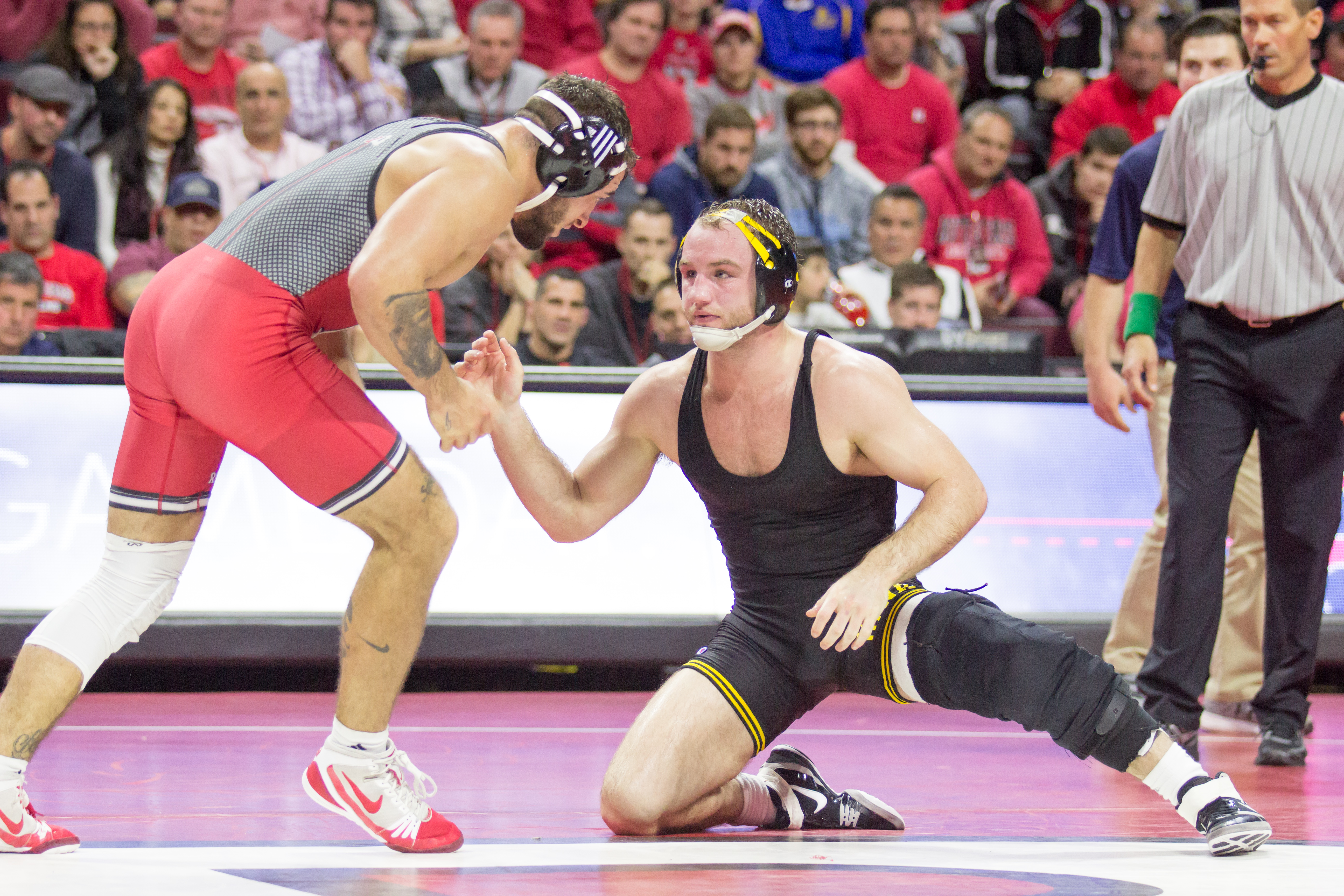 The Hawkeyes return two of their champions from last year’s squad, senior Brandon Sorensen at 149 pounds and sophomore Michael Kemerer at 157 pounds, who both just so happen to be highlighted in the below preview. We also know that Iowa State doesn’t plan to send their whole lineup to the Midlands, but they are planning as few as four and as many as six wrestlers.

Live Stream is available through BTN Plus or Flowrestling Sessions I, II, and III.
Subscription required for either service. You do not need purchase both, one or the other will suffice.

Finals will be televised on BTN.

Fresh off of making history in his junior season, Sorensen returns to the Midlands where he is looking to defend his crown against several familiar faces. Last season Sorensen became the 24th wrestler in Midlands history to win at least 20 matches in his first four years, and the ninth in program history. The last Hawk to accomplish the feat prior to Sorensen was Iowa native Cliff Moore who won 23 matches between 2001-05.

Leading the field of contenders to knock of Sorensen will once again be Central Michigan’s Justin Oliver who lost 7-1 in last year’s final to the Hawkeye. Princeton’s #7 ranked Matt Kolodzik is the other top ten ranked wrestler schedule to attend.

But despite Oliver and Kolodzik’s presence at the Midlands Sorensen’s biggest competition might be unranked opponents including the one coming out of Iowa City in the form of redshirting teammate Pat Lugo. Sorensen has compiled a 77-7 record over the last two plus seasons, and one of those seven losses came to Lugo prior to him joining the Hawkeyes. A season ago Lugo was considered a top ten wrestler nationally and if he ends up on the opposite side as his teammate he could very well set up an all Iowa showdown in the 149 pound finals.

The other unranked possibility at this weight is Arizona State’s Jason Tsirtsis who made his way back down to 149 pounds for the first time since 2016 at Reno’s Tournament Champions. Tsirtsis was a NCAA champion as a redshirt freshman and owns two wins over the Hawkeye in his career.

Five other ranked wrestlers check in at 149 pounds including Junior World medalist and #13 ranked Ryan Deakin of Northwestern. Sorensen does hold a win over four of the other seven ranked opponents.

Speaking of history, Michael Kemerer is well on his way to joining Sorensen in the 20-in4 club, piling up 12 wins the past two years. Last year Kemerer’s 6-5 TB victory over Tyler Berger was one of the more talked about midseason matches, especially given Berger off the mat interactions with Iowa’s associate head coach Terry Brands. This year Kemerer will once again be the favorite and while Berger won’t be his chief contender, he does share a fairly long history with the projected #2 seed.

Arizona State’s Josh Shields is the only other top ten ranked wrestler projected for the field and he goes way back with Kemerer to their high school days when they were teammates at Franklin Regional high school in Pennsylvania (#14 @ 149 Josh Maruca and Spencer Lee were also on that high school team, what a loaded squad). Shields was third at this tournament a year ago, losing 3-1 in sudden victory to Berger in the semifinals and given these two connections this weight makes for a very interesting storyline.

Entering the Midlands Kemerer is 7-0 and he has not faced any of the ranked wrestlers in the expected field.

We leave you with 165 pounds where the #12 ranked Alex Marinelli is listed as the #3 wrestler according to rank. Leading the pack is Illinois’s two-time NCAA champion, #2 Isaiah Martinez who is trying to win his third Midlands title. Behind him is #6 Evan Wick of Wisconsin who is off to a red hot start to his career going 16-2 including a win over Logan Massa.  Rounding out the ranked competition is #13 Richie Lewis of Rutgers and #15 Anthony Valencia of Arizona State.

After missing the first month of the season, Marinelli got off to a good start picking up a pair of wins during the Hawkeyes’ road trip to Rutgers and Maryland. It was in that Rutgers dual we saw Marinelli not only have to dig deep to pull out his first victory, but it came against the likes of Lewis, who in November won a gold medal in freestyle at the U23 World Championships. The win was recognized by The Open Mat, the Big Ten Conference, and NCAA as all three named Marinelli as their Wrestler of the Week.

This could be a big weekend for Marinelli to up his stock as he is 0-2 against the rest of the ranked competition at the Midlands taking losses to Martinez and Valencia a year ago at this same tournament. The only connection we were able to find between Marinelli and Wick is an admittedly thin one. This past summer at the Junior Men’s freestyle World Team Trials Marinelli defeated NC State’s Hayden Hidlay 6-0, and Hidlay defeated Wick 9-4. Like I said, weak considering it was in freestyle and the transitive property of wrestling isn’t the best indicator of determining matchups.

If you have been keeping track through the first five weights in our preview we have listed nine Hawkeyes, which leaves roughly eight spots (if Midlands gives Iowa 17 spots as we have seen in the past) for the remaining five weights. That leaves room for three “backups” for those same five weights, but really there might not be someone more deserving at 165 and up than Kaleb Young. Serving as Marinelli’s replacement to start the season, Young not only has the potential to travel but he could find himself one of the ten scoring wrestlers.

The Midlands is a unique tournament where a team is able to designate ten wrestlers to score points for them, regardless of weight class. Using this example Brands could elect to score both of the points Marinelli and Young accumulate at 165 pounds and not score anyone at 125 pounds given that weight’s depth.

Entering the Midlands Marinelli is carrying his 2-0 record, while Young is 3-2 on the season. Both of Young’s losses have come against wrestlers who finished 2017 as All-Americans, including Martinez.