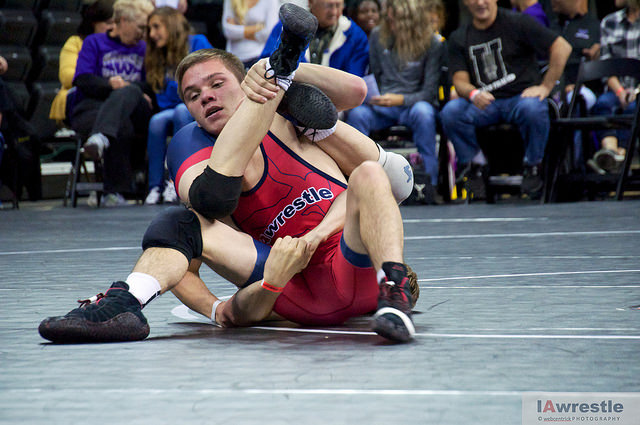 Josh Portillo is on the move as the three-time state champion announced on his personal Twitter account that he would be enrolling at Nebraska-Kearney. Portillo will be immediately eligible to compete for the Lopers which will leave all four years of his eligibility in tact.

”Kearney had always been an amazing school. The only reason I didn’t go there in the first place is because they weren’t Division I.” Portillo told IAwrestle, “That’s almost why I didn’t choose them again. They have my favorite coaching staff that continuously produces a national contending team. The teammates there are also top level. Kearney constantly produces people on Olympic and world teams. Travel Dlagnev for example.”

Portillo and his twin brother Justin originally committed to South Dakota State in 2016 after winning a combined five state titles for Clarion-Goldfield-Dows. As a true freshman Portillo compiled at 125 pounds where he went 18-10 with five top-five finishes at college opens. This past November the Portillo brothers announced their decision to leave SDSU

Portillo picked UNK over Gardner-Webb, North Carolina, Iowa State, Ohio, and Eastern Michigan. As mentioned in the article announcing the Portillos’ transfer decision, the two are not a package deal. Josh plans to compete at 125 pounds for the Lopers and could provide a huge boost as the team currently sits 23rd in the team rankings (per InterMat) with three ranked individuals, including Iowa native Matt Malcom.

One thought on “Josh Portillo Announces Transfer to Nebraska-Kearney”