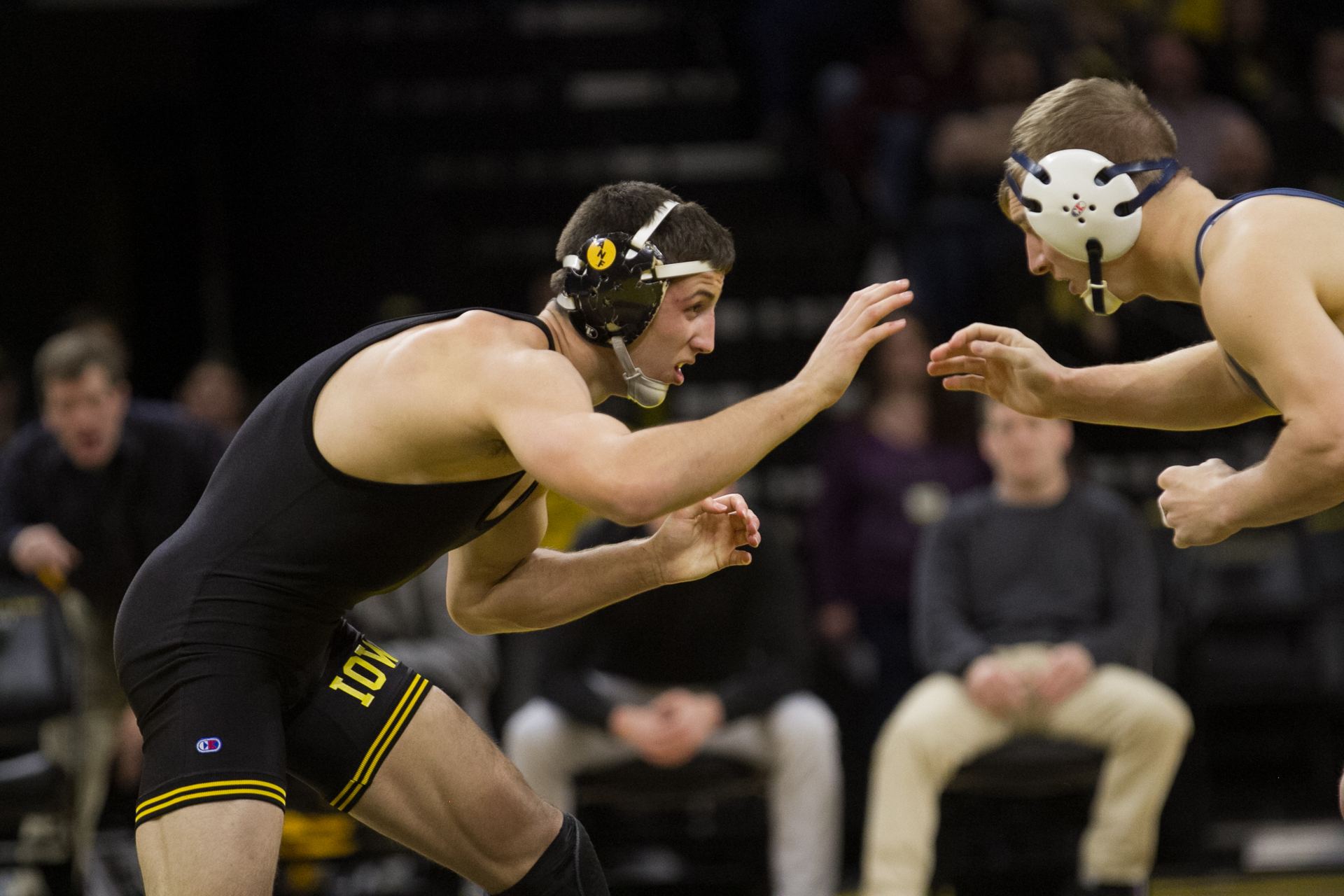 The Iowa Hawkeyes are hitting the pavement this weekend as they look to do an east coast double dip against Rutgers and Maryland. First up will be a dual versus the Scarlett Knights that will feature as many as eleven ranked wrestlers – with three potential ranked head-to-head matchups. The Hawkeyes come into the dual 5-0 on the season, and for 12th straight season under Tom Brands they opened conference dual action with a victory.

Last week’s dual ended in epic fashion with heavyweight Sam Stoll earning a fall in the final match to clinch a 18-17 victory over Illinois. The Hawks split five matches a piece with the Illini with Stoll’s fall being the only bonus points scored by Iowa. Heading into this weekend’s matchup with Rutgers, bonus points are a must for Iowa to continue their perfect start.

The three potential ranked head-to-heads occur at 133, 149, and 157 pounds, two of those matches favor the Hawks. At 133 pounds Iowa senior Phil Laux will look to close the gap on #12 Scott DelVecchio, who has won both career meetings. DelVecchio won 10-3 in 2015 when the two teams met in a dual, and 8-6 last winter during the Midlands Championships. Laux also coming off a tough loss to Illinois’s Dylan Duncan, 6-1.

The Hawks are a large favorite at 149 pounds where #2 Brandon Sorensen will meet #17 Eleazar DeLuca. In his last meeting with a ranked opponent Sorensen came out on top 4-1 over Illinois’s Eric Barone.

At 157 pounds we have the marquee matchup between Iowa’s #3 ranked sophomore Michael Kemerer and Rutgers’s #7 ranked Richie Lewis. In last week’s dual Kyle Langenderfer was the first opponent to hold Kemerer to a regular decision, with Kemerer winning 4-1. Lewis, who recently did an interview with IAwrestle, is coming off a World title at the U23 World Championships in Poland. For those that don’t recall, Lewis was a two-time NJCAA All-American for Iowa Central.

Rutgers features two other ranked wrestlers in this dual. At 125 pounds Penn State transfer Nick Suriano is a title contender for Scarlett Knights ranked #2 in the country. At 184 pounds #11 Nic Gravina is an All-American threat.

At 174 pounds Joey Gunther will face off with Jordan Pagano who was an NCAA qualifier for Rutgers a year ago. Pagano made a great late season push in 2017 knocking off Indiana’s Devin Skatzka and Lehigh’s Ryan Preisch who were both top 20 ranked wrestlers at the time. Gunther enters this dual with a 5-0 record since moving up from 165 pounds where he was last season.

This will also be the dual that Hawkeye fans will be eagerly anticipating the debut of redshirt freshman Alex Marinelli. To date Marinelli’s fellow freshman Kaleb Young has done a fantastic job filling in going 3-2, with both losses to All-Americans.

If you are into computer projections, Wrestle Stat has this dual 24-12, Rutgers. The computer, which Wrestle Stat bases its prediction off of has Rutgers winning at 165 (regardless of whether its Young or Marinelli) and at 197, both very winnable matches for Iowa.