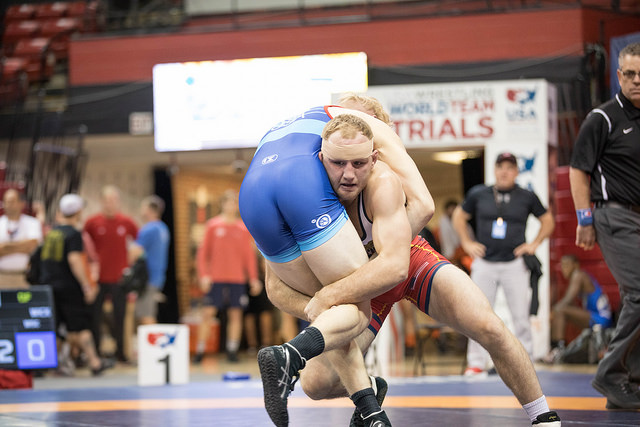 After a year of speculation on whether or not he would get his redshirt pulled as a true freshmen, Iowa fans have been downright impatient when it comes to the debut of Alex Marinelli. According to head Hawkeye Tom Brands, that wait may finally be over as the head coach stated that the freshman is good to go for this weekend.

“I know one guy that’s going to go that’s really, really excited, you guys have asked a lot about. That will be at 165 pounds, Alex Marinelli.” Brands said during his weekly meeting with the media, “He’ll be going. We have Kaleb Young, on the trip as well. Marinelli will get the nod, it’s his weight class.”

The top recruit in Iowa’s 2016 recruiting class, buzz has surrounded the Ohio native since he flipped his commitment from Ohio State to the Hawkeyes as a junior in high school. After going through months of speculation last season on whether or not he would be the starter at 165 pounds, Brands ultimately decided to officially keep the redshirt on. He compiled a 13-2 record in his first season at Iowa that included a fourth place finish at the Midlands.

If Marinelli receives the next scheduled start at 165 pounds he would face John Van Brill when Iowa faces Rutgers on Friday night.