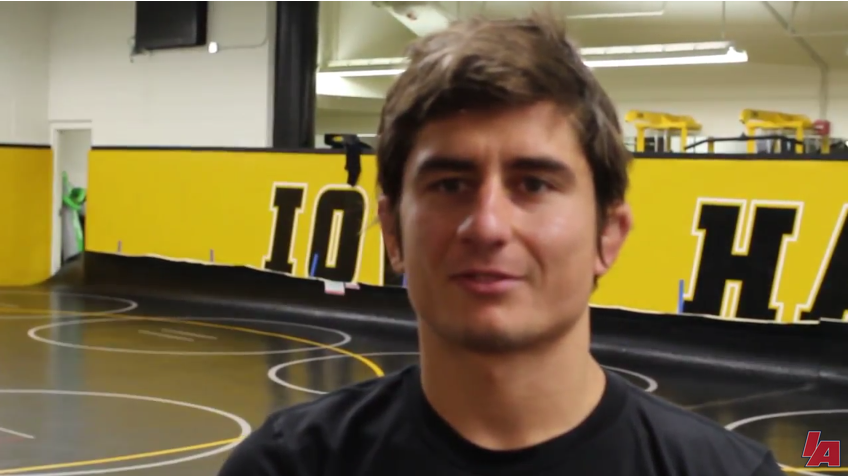 Over the past few months fans have witnessed the evolution of the Hawkeye Wrestling Club, starting with the club going out and hiring Mark Perry to oversee the program. The club has also boosted its roster in the past year going from six athletes, to the 13 men and women the club helps support today.

One the latest additions to that group is Boris Novachkov, a wrestler with ties to Mark Perry since his college wrestling days at Cal-Poly. A member of the Bulgarian national team, Novachkov has spent time as an assistant coach at the University of Illinois, and was most recently a member of Stanford University’s Regional Training Center in California.

Recently IAwrestle got the opprotunity to catch up with Novachkov to discuss why he decided to move from California to Iowa City as he continues to train in hopes of qualifying for the 2020 Olympics in Tokyo, Japan.

“I knew I had to make a change and go to a big wrestling program.” Novachkov told our own Tony Hager, “Stanford was a good place for me. I really liked working with Jamil Kelly and I had some good partners, I had Joey McKenna. It was a good place, but I felt like I needed a change. I needed something bigger.”

While Novachkov is still relatively new to Iowa City and the HWC, he has already witnessed how the state of Iowa embraces the sport of wrestling.

“I love the wrestling community.” Novachkov said of being in Iowa City, “I’ve never been around a huge wrestling program. I was at Illinois for a while, and it was kind of similar as a Big Ten school, but I feel the wrestling atmosphere a lot more here.

“It was a little better than I expected. I was comparing it to Champaign, Illinois. It’s a little bit bigger over here. There is a lot more to do.”

Novachkov comes into the Hawkeye Wrestling Club with plenty of impressive Senior level credentials, highlighted by his eighth place finish at the 2016 Olympics in Rio De Janeiro, Brazil. Novachkov has also performed well at the European Continental Championships where he has won bronze (2014) and silver (2017).

“My goals are I have to get some World medals. I have got two European medals. I just have to keep at it and keep getting medals and making it to the 2020 [Olympics]. That loss that I took in Rio that was devastating. I am excited to make [the team] in 2020 and hope that these guys make it with me.”

In the meantime Novachkov is focusing on getting healthy so that he is ready to compete come January.

“Right now I am trying to heal up. I have an injury that I don’t want to get into. I am not able to get on the mat right now at all. I am basically focusing on healing up. [Coach Mark Perry] knows that I am hungry.”