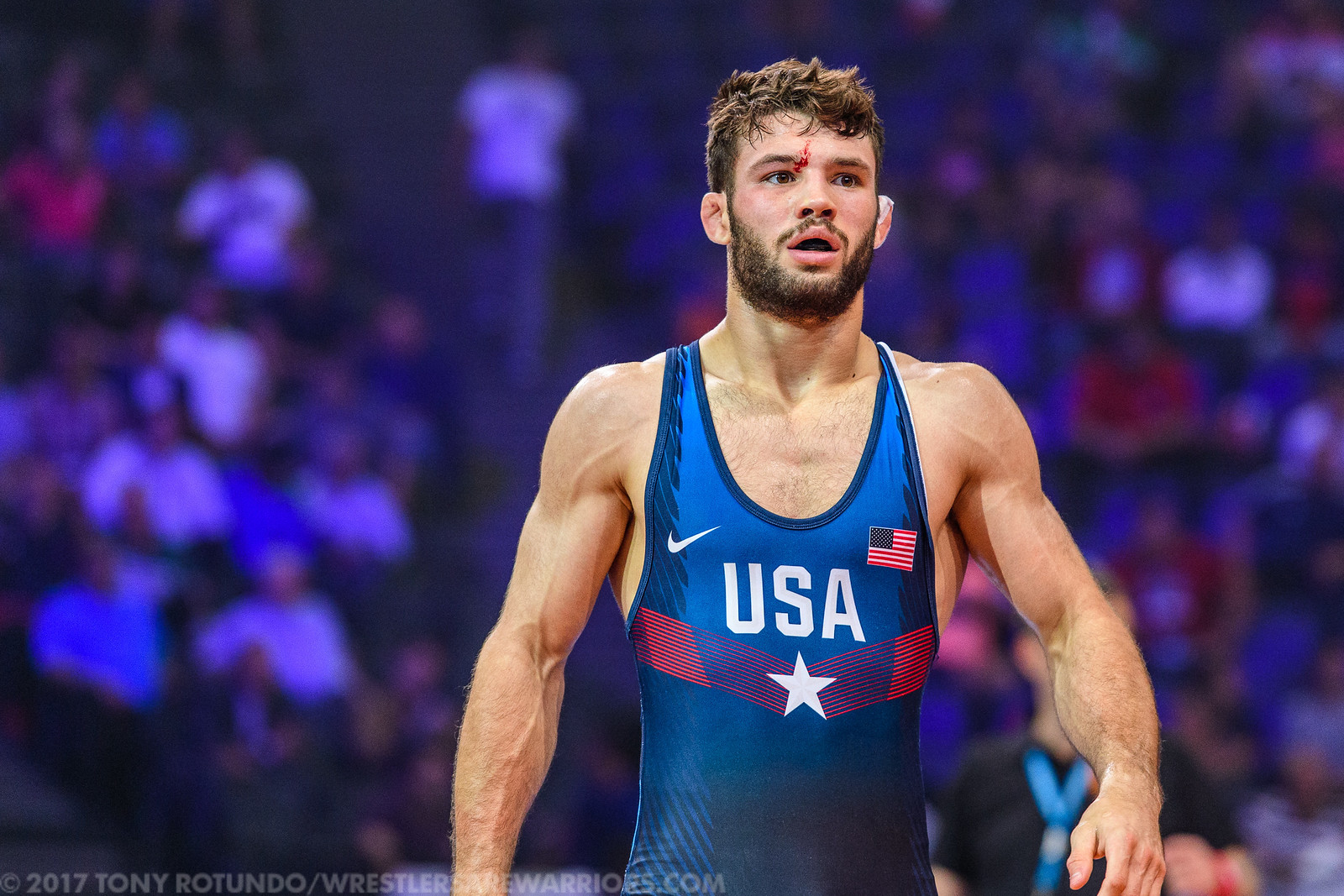 Thomas Gilman of the Hawkeye Wrestling Club is headed overseas to Iran to compete at the World Clubs Cup next week along with his fellow 2017 World medalists J’den Cox, Kyle Snyder, and Nick Gwiazdowski. Below is a press release issued by Johnn Ruggiano of Titan Mercury detailing the event.

The Titan Mercury Wrestling Club will be heading to Tehran, Iran on December 7-8 to face off against the best wrestling clubs in the World and defend its World Club Championship title.

Set to compete in Kasham, Iran, TMWC boasts one of their strongest line ups to date (see bottom for complete roster). However, Iran’s host teams of Bimeh Razi (2X WCC Champions) and Easy Pipe are bulking up their power lineups by adding several international wrestlers to their rosters. Also in the mix will be a team from one of the most successful international wrestling regions in the World, Dagestan, Russia.

Bimeh Razi and Titan Mercury have held a strong, and mutually respected rivalry since the inception of the World Clubs Cup.

The Iranian powerhouse club won the first two World Clubs Cup titles in 2014 and 2015, by edging Titan Mercury in the finals. However last year, Titan Mercury won the World Championships by besting its familiar foe in Karkhov, Ukraine.

What seemed, to be at the begging, a heavily one sided dual, in which Bimeh Razi was winning 2-0 after wins at 57 kg, 65 kg and a double disqualification at 61 kg, the Titan Mercury Wrestling Club had a late surge ignited by 70 kg wrestler, Nazar Kulchytskyy. Alex Dieringer and David Taylor followed suite and TMWC took the lead 3-2. The score was tied up 3-3 after Kyle Snyder was upset from Abbas Tahan, off of what seemed to be a grounded pushout in the last seconds of the match. Into the final, bout Parvis Hadi, the Iranian World Cup anchor, was the clear favorite, however Nick Gwiazdowski prevailed with a 3-2 win over Hadi to give TMWC the edge and the World Championship title.

With the 2017 title on the line on Iranian soil, Bimeh Razi has already recruited several international stars.

Much like you would see in international football, wrestling clubs are allowed to have international athletes compete on their roster. In the years past, that quota was limited to two international wrestlers. This year, with the total of ten contested weight classes, Bimeh Razi has recuited four Russian stars to join their team. 2017 World Silver medalist Khetag Tsabolov is slotted to compete at 74 kg. At 79 kg., it was recently confirmed that Aniuar Geduev, the 2016 Rio Silver medalist will compete for Bimeh Razi. Two of the most interesting additions include a relatively unkown 125 kg. Vladislav Baitsaev. Baitsaev became a worldwide name when he nearly upset 2016 Olympic Champion Abdulrashid Sadulaev in the 97 kg. Russian Nationals. Rounding off the Russian boost for Bimeh Razi is Abdulrashid Sadulaev, who is slated to compete at 92 kg.

However, with Bimeh Razi’s stacked line up it wouldn’t be out of the question to see Sadulaev bump up to 97 kg. to compete against TMWC’s Kyle Snyder. Snyder and Sadulaev’s 2017 World Championship “Clash of Titans” was dubbed as the “Match of the Century.” (Watch Snyder vs. Sadulaev here) Another speculation would be the reemergence of Iranian lightweight and leader Hassan Rahimi. Rahimi missed out of competing at the 2017 World Championships due to injury, never the less, it wouldn’t be out of the question to see Rahimi brought back into action to help Bimeh Razi strengthen its position. Regarding Easy Pipe and Dagestan, not much is known about their rosters. Iran held a national wrestle off in which the champion was slotted to compete for Bimeh Razi and runner up for Easy Pipe. Both Russians Baitsaev and Tsabolov competed in Iran’s national wrestle off. Also, Dagestan, Russia’s national team is a new addition to the list of teams competing and you can guarantee that they will be bringing many of Russia’s top stars to compete in the mix.

Titan Mercury’s roster has only strengthened after a complete year in which the club won its first World title and also placed six of the eight wrestlers on to Team USA’s 2017 World Championship team.

Leading the squad will be 3X World and Olympic Champion, Kyle Snyder at 97 kg. Coming off his debut World Championships, World Silver medalist Thomas Gilman will start things off for TMWC at 57 kg. At anchor, World Bronze medalist, Nick Gwiazdowski will compete in his second World Clubs Cup. New to the World Clubs Cup, but not to World level competition, two time Olympic and World Bronze medalist J’Den Cox will compete at 92 kg.

Also returning to the World Clubs Cup is B.J. Futrell, Nazar Kulychytskyy and David Taylor, who will compete at 65, 70 and 86 kg., respectively. All three were integral members of last year’s championship team. Last time David Taylor competed in Iran was at the 2017 World Cup where he stunned the crowd by pinning Olympic Champion Hassan Yazdani Chariti.

Fresh off placing fifth at the U-23 World Championships, Isaiah Martinez will wrestle at 74 kg. 2016 World Champion, Logan Stieber was slotted to compete at 61 kg, however a late injury has sidelined Stieber and either an additional wrestler (TBD) will fill in at 61 kg. or 57 kg backup, Alan Waters will fill in at 61 kg. Waters has international experience both at 57 kg. and 61 kg.

Livestreams of the competition is expected to be added to UWW’s events page at https://unitedworldwrestling.org/event/world-wrestling-clubs-cup-4

You can follow all the action with us via twitter @titan_mercury. Titan Mercury will have fan giveaways and contests for the dedicated wrestling fans who follow the competition throughout the night. Wrestling fans who are interested in supporting team Titan Mercury can order their own apparel at www.tmwcstore.com