Spencer Lee Being “Brought Along” by Brands 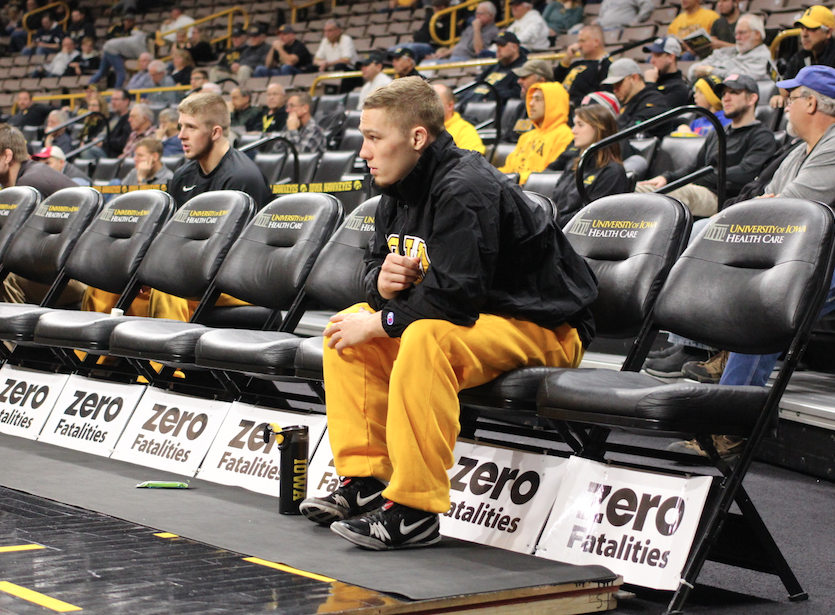 It’s been one of the hot topics of discussion in Iowa and across the country; the question on whether or not Iowa head coach Tom Brands will pull the trigger and remove Spencer Lee’s redshirt and make him his starting 125 pound wrestler. For some, this is a discussion is older than the month official practices have been under way. This is a topic many have discussed since last season when it was clear that there was no heir apparent to Thomas Gilman.

Naturally, fans and the media are going to speculate about whether or not Lee will be inserted into the Iowa lineup. For starters Lee was rated the #1 overall recruit in the class of 2017, he owns three age level World titles in freestyle, and he has been vocal about open to the idea of wrestling. The odds are you probably already knew that.

The other factor in play is the change in philosophy that Brands appears to be undergoing. In the past no wrestler straight out of high school had ever competed as a starter for Brands, but over the past few years that hard fast rule appears to be softening. Brands was open about that fact as well, publicly discussing last season he was considering wrestling Alex Marinelli at 165 pounds.

So, when Spencer Lee weighed in with the team this past Friday at the Iowa City Duals, its no surprise that many considered this news. While some thought that Brands was ready to make the move to Lee, in truth Brands was simply doing for Lee what he did a year ago with Marinelli.

“We will bring (Lee) along every step of the way just like he’s our number one guy.” Brands said in his press conference following the Iowa City Duals, “We did the same thing with (Alex) Marinelli, we would have done the same thing with (Jacob) Warner if he wasn’t getting ready to go wrestle tomorrow. (Max) Murin also weighed in and was on the bench and in a warm up role.”

While Brands has been an open book on the fact that Lee could see the mat this season as a starter, expecting him to make that debut during the team’s first home dual was a bit premature. The possibility of Lee wrestling is very real, but the reality that he is recovering from an ACL injury suffered last January also remains.

For now the plan will likely be pretty similar to the situation Iowa went through last season at 165. Expect Lee to continue to travel with the team and to make weight, just like Marinelli did in 2016-17. Right now Brands is encouraged with the things he has seen out of Lee and how he is helping the team in his current role.

“The thing I like about it is here is Spencer Lee, heralded recruit, he’s in a support role for Phil Laux. (Laux) was using him as a warm up partner. Being unselfish enough to know ‘I have a lot of things going on right now and I have got to get better, but you know what I am also in the now and can help this guy get ready to go.’

“You saw Laux between his first match and his second match, there was a lot of improvement with the energy.”

The Hawkeyes have four more duals between now and the Midlands on December 29th-30th. In past years the Midlands has settled several lineup battles for Brands. It sounds as though Justin Stickley will continue to see starts at 125 pounds, but in the meanwhile Brands will continue to bring Lee along.

“Spencer Lee is great and you know what he is moving forward very well. He’s wrestling live and doing well.”

3 thoughts on “Spencer Lee Being “Brought Along” by Brands”