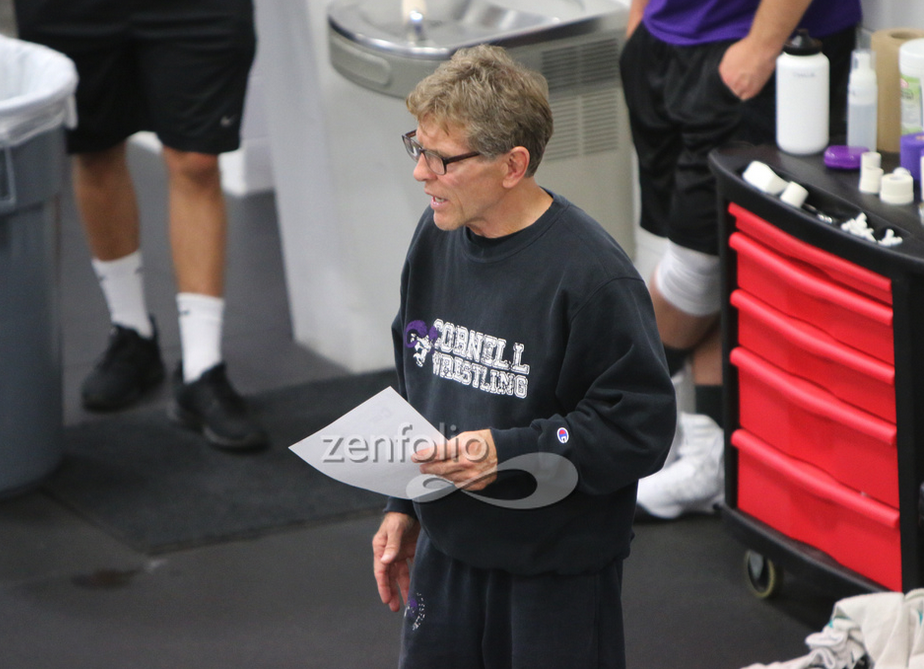 MOUNT VERNON – Thursday night’s dual meet at Simpson will mark the start of Mike Duroe‘s 49th season as a head wrestling coach, his 13th with the Cornell Rams.

The Rams travel to Indianola for a 7 p.m. matchup with Simpson. There will be some new faces in the starting lineup, considering only four Rams return who competed in last year’s Central Region Championships. But that doesn’t change the team’s outlook for 2017-18.

Cornell opens the season ranked No. 17 in the NWCA Division III Coaches’ Poll.

“We expect a high standard of success,” Duroe said. “We lost of significant group of guys who were strong leaders in our program. There’s a big void in our leadership. We are counting on all the returning guys to bridge the gap and continue to raise the bar and standard we have set here. I know we have guys that can do it. They just have to get it out of themselves.”

Duroe is confident this squad can build on the list of 19 all-Americans and 44 NCAA qualifiers he has coached since 2006.

“We’re looking at a lot of guys who just haven’t broken through yet,” Duroe said. “I see a lot of potential, good talent and strong work ethic. We have to be patient with these younger guys. I am anxious to see them compete.”

Duroe also likes the collection of young assistants on this year’s coaching staff. Brent Hamm, a two-time NCAA qualifier for the Rams, is in his first season as the lead assistant. Kenny Anderson, a three-time NCAA champion at Wartburg, and former Cornell standouts Maksimovic and Nathan Shank are new to the staff.

“Brent has stepped into the role of assistant head coach and has really developed into a good coach. He has taken complete leadership in recruiting and strength & conditioning,” Duroe said. “We are excited about the additions of Kenny, Michael and Nathan. All of the guys on our staff have good coaching instincts. I’m real excited about how our staff will work together.”