Five Things to Watch for from Simpson College in 2017-18 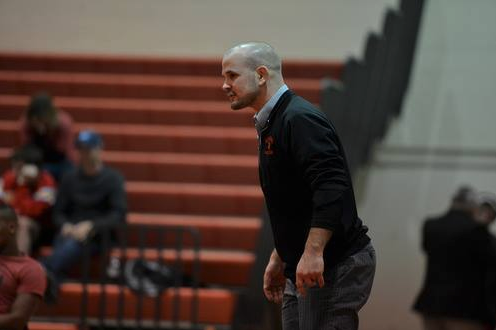 INDIANOLA, Iowa — The Simpson wrestling team opens the 2017-18 season in front of the home crowd at Hopper Gymnasium on Thursday, Nov. 1. Start time is set for 7 p.m.

The Storm and sixth-year head coach Nate Hansen return six starters from last year’s team that went 6-9 in dual competition, including a 2-6 mark in the Iowa Conference. Simpson’s six dual wins were the second-most under Hansen.

Five Things to Watch for in 2017-18
1) The injury bug bit Simpson hard last season, and a key to success in 2017-18 will be staying healthy. Among those returning from injury are 141-pounder Zach Johnston, 197-pounder DeVaughn Scott and 125-pounder Clayton Fenzl. All were the top wrestlers at their respective weights before their seasons were cut short prematurely.

2) Junior 197-pounder DeVaughn Scott is hoping to complete his first full season in three years with the Storm. The talented Texan is 31-16 in two partial seasons and was 15-7 in 2016-17 before suffering a season-ending injury.

4) Zach Johnston was on pace for a career season in 2016-17 before an injury cut his season short. After a 2-3 start, Johnson upset seventh-ranked Connor Campo of Wartburg in the IIAC opener and went on to win seven of his next eight. One of just two seniors on the roster this season, Johnston hopes to pick up where he left off.

5) For the first time five years Simpson’s lineup will feature someone other than Colby Vlieger at 285 pounds. Vlieger held down the heavyweight spot for four seasons, leaving the door open for junior Damon Piatt. The Carlisle-native posted a 6-12 mark at 184 pounds a year ago.

Preseason Coaches Poll
The Storm came in at No. 7 in the first-ever Iowa Conference Preseason Coaches’ Poll, released earlier this week. Simpson received 19 points in the poll, ahead of Buena Vista (17) and Nebraska Wesleyan (9). Defending national champion Wartburg was picked to repeat with 64 points and eight first-place votes.