What Changes Can Be Made to Iowa Dual State Championships? 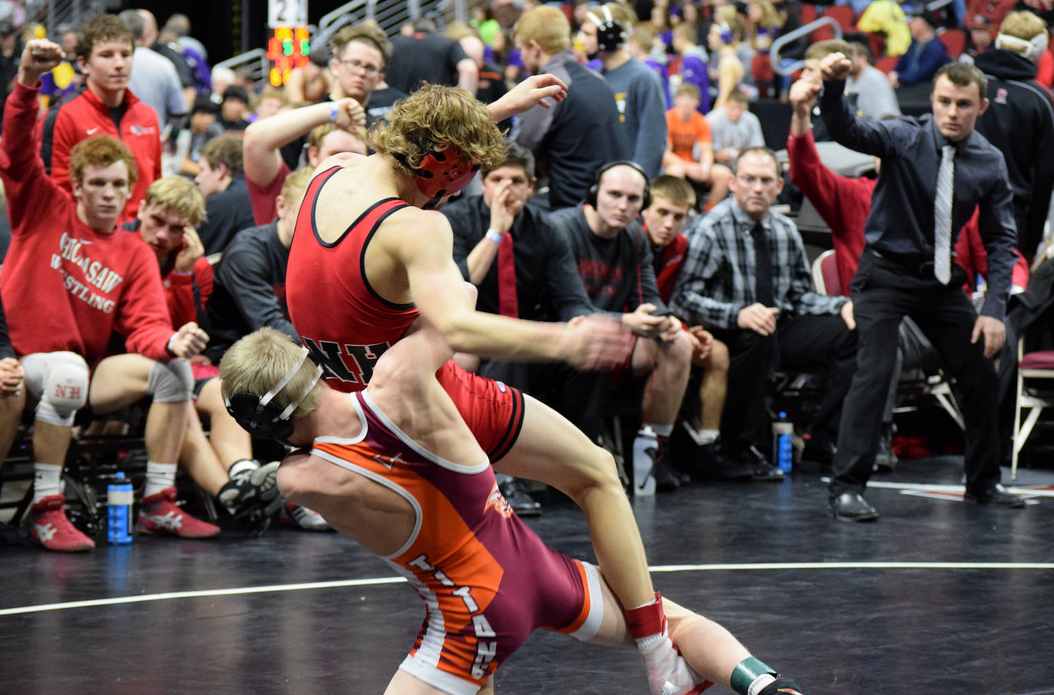 Lots and lots of ideas have been thrown around to improve the state dual championships. Maybe yours is better than mine. PERFECT! The purpose of this opinion article is to get ideas flowing and in the public arena. Comment below with your ideas.

1. The qualification system is flawed (at best). Coaches are responsible to rank the 16 or 24 best teams in the state based on information that is “sometimes” accurate but often filled with inaccuracies and mistakes submitted by schools via Trackwrestling. Coaches are also supposed to have a vast knowledge of all teams across the state? I can tell you with great confidence that a lot of coaches don’t even vote. If we don’t have 80%-90% participation it turns into a popularity contest. Combining the IWCOA, IAHSAA and media would be a great combination for future voting. Check out this poll.

IF you could change who sets the "official" Iowa dual team rankings who would you put in charge? #IAhswr

2. The timing of the championships ARE AWFUL. Held the day before the individual state tourney, making for some kids having to weigh in four days in a row in the name of convenience!  What statement does this send to our wrestling community about weight loss and doing it the right way.

3. This cycles back to the first point. Make it a real playoff, similar to football, basketball or baseball. Take your top 32 teams. 16 in the east and 16 in the west in each class. IAHSAA can seed these 16 teams on each half. Take a week in early to mid January and call it playoff week. Tuesday night at four regional sites on each half the of the state, hold a quad (semis and finals). Win both your matches that night, you finish in the final four on your half of the state. Thursday night. ONE regional site of four teams on each half of state. Win both of those, guess what, you are in the finals!  Saturday we get the FINALS which is East vs. West! Take your finalists from all three classes and hold a championship Saturday at chosen site! Maybe east host one year and west the next. This would be exciting, great timing, and an awesome way to approach these dual championships!

Weight allowance. Would be +2 each time or even +3. Instead of having it all in one week it could be split into two weeks. Travel, logistics are all going to be the first issue but it doesn’t seem to be an issue in any other sport this is just something new and work would need to be put in to figure it out.

Biggest question that came up was, what do teams that don’t make the playoffs do that week..simple answer…PRACTICE..most those programs not in the top 32 needed a break or some practice time anyway.

This is just one idea. Do you have an idea? Lets hear your thoughts in the comment section below or on social media. (Tweet @hagertony #IAhswr)

8 thoughts on “What Changes Can Be Made to Iowa Dual State Championships?”