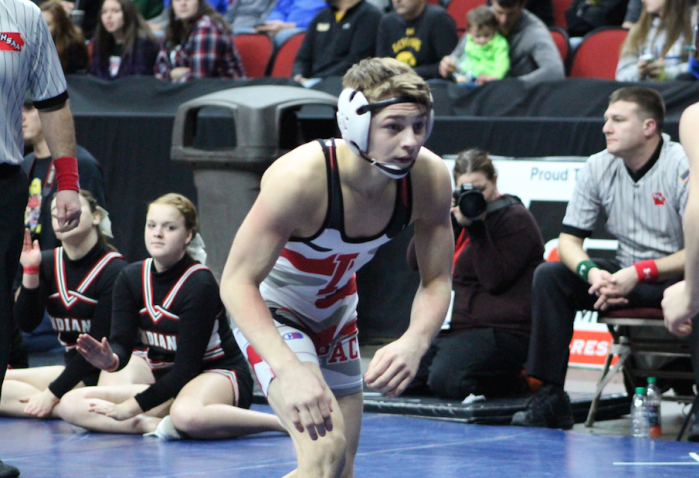 Pocahontas Area senior Shea Ruffridge has committed to continue his wrestling career at Grand View University. A two-time state medalist, Ruffridge is coming off a season where he placed fourth at 120 pounds.

“Grandview felt like the right fit for me.” Ruffridge told IAwrestle, “The coaching staff, teammates, and environment is second to none.”

Ruffridge also considered Division I options Northern Iowa, Iowa State, and Appalachian State along with Wartburg and Southwest Minnesota State. He projects at 125 pounds for Grand View and will likely compete at 126 pounds during his final year of high school competition.

He joins a Viking recruiting class that features another 2A standout, Tanner Abbas of Clairon-Goldfield-Dows. Ruffridge looks to continue the long tradition of winning for Grand View, who have won the last six NAIA national titles, including a record breaking 2017 national title where they broke the scoring record.

Ruffridge concluded our interview with this message for those who helped him reach this point:

I’d like to thank my family, friends, coaches and everyone who has helped me along the way.

Excited to announce that I will be continuing my academic and wrestling career at Grand View University! #ChampionshipLifestyle ⚫️🔴 pic.twitter.com/JlzBiSw6xd