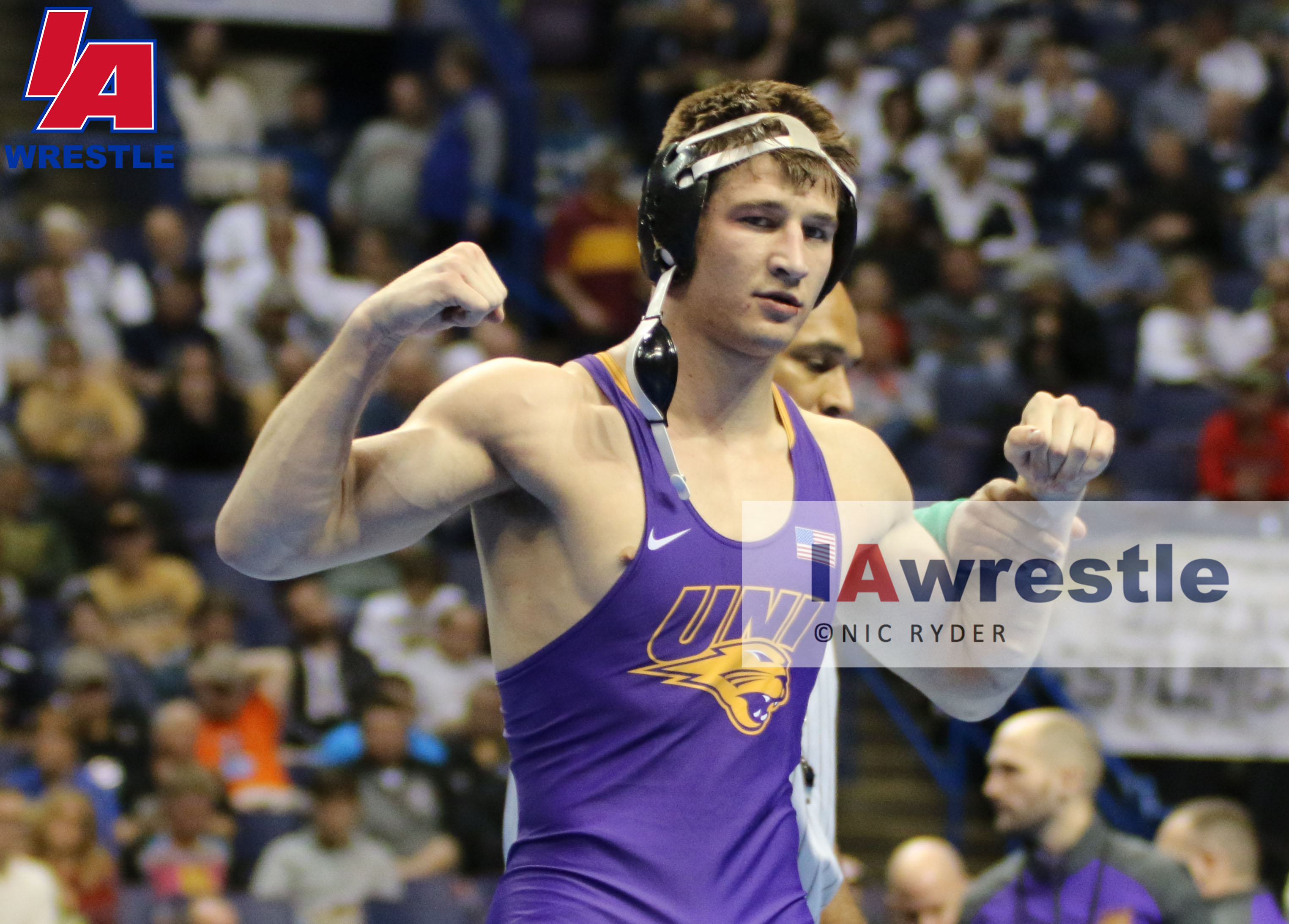 If UNI is going to take a step forward in 2018 it will, without a doubt, be due to the progression of wrestlers like Taylor Lujan, who is back for his sophomore season at 174 pounds. One of the crown jewels of Doug Schwab’s 2015 recruiting class, Lujan opened up the eyes of wrestling fans across the country when he took All-American Zach Epperly of Virginia Tech to the brink in one of the first duals of the season. Lujan rolled through his season, going 29-6 and winning the MAC title at 174 pounds. Lujan fell in the NCAA tournament one round short of the bloodround.

As a true freshman Lujan’s potential was on full display when, in his first ever college competition, he almost defeated Iowa State’s Lelund Weatherspoon before being taken down late to lose 12-11 to the future All-American. Later that year Lujan would go on to a round of 12 finish in his first Midlands tournament which cemented his future as a potential star for the Panthers.

Heading into this year Lujan will be looking to try and bring his dominance from the MAC into the Big 12, which is without a returning All-American. SDSU’s David Kocer and Oklahoma State’s Jacobe Smith figure to be Lujan’s top competition in conference, and fortunately he will get the opportunity to see both during the regular season.

Behind Lujan is a pair of younger wrestlers in redshirt freshmen Michael Kordek and Justin Guilliams who combined to go 8-10 in their redshirt seasons.

Keep your eye on local product Austin Yant, who may have ended his career without a state title, but the Waverly-Shell Rock did find himself holding a USA Folkstyle national title earlier this spring. Yant is a go-er and athletic enough to continue to grow as a wrestler in Cedar Falls.

Without a doubt junior Drew Foster is considered one of last year’s top breakout candidates going from a 13-19 record as freshman, to a 26-6 record and All-American finish the next season. Last year figured to be a breakout year for the team with the bulk of the number four ranked recruiting class coming off of redshirt and entering the lineup, but Foster’s emergence at 184 pounds made for the cherry on top.

After starting the year with a Grand View Open title, Foster grabbed some headlines when he knocked off Old Dominion’s Jack Dechow 6-1 at home. He followed that up with a runner-up finish at the UNI Open and made a run to the Southern Scuffle semifinals before defaulting out of that tournament. He finished the year by taking second at the MAC tournament, followed by his seventh place finish at the NCAAs.

With the secret being out on just how good Foster is we will see him return with more weight on his shoulders. As noted before, this is a team looking to take another step forward and getting a repeat performance out of Foster will be a key to that happening. Foster will be the only returning All-American in the Big 12 at 184, though there is plenty of depth as Northern Colorado’s Dylan Gabel and Oklahoma State’s Andrew Marsden will look to challenge.

The emergence of Foster did cause a lineup wrinkle for UNI: Jacob Holschlag gave up some size and bumped to 197 pounds. The difficulties didn’t seem to bother Holschlag who qualified for the NCAA tournament with his fifth place finish at the MAC tournament – more on that during our 197 preview. That will make senior Chase Shedenhelm the backup at this weight.