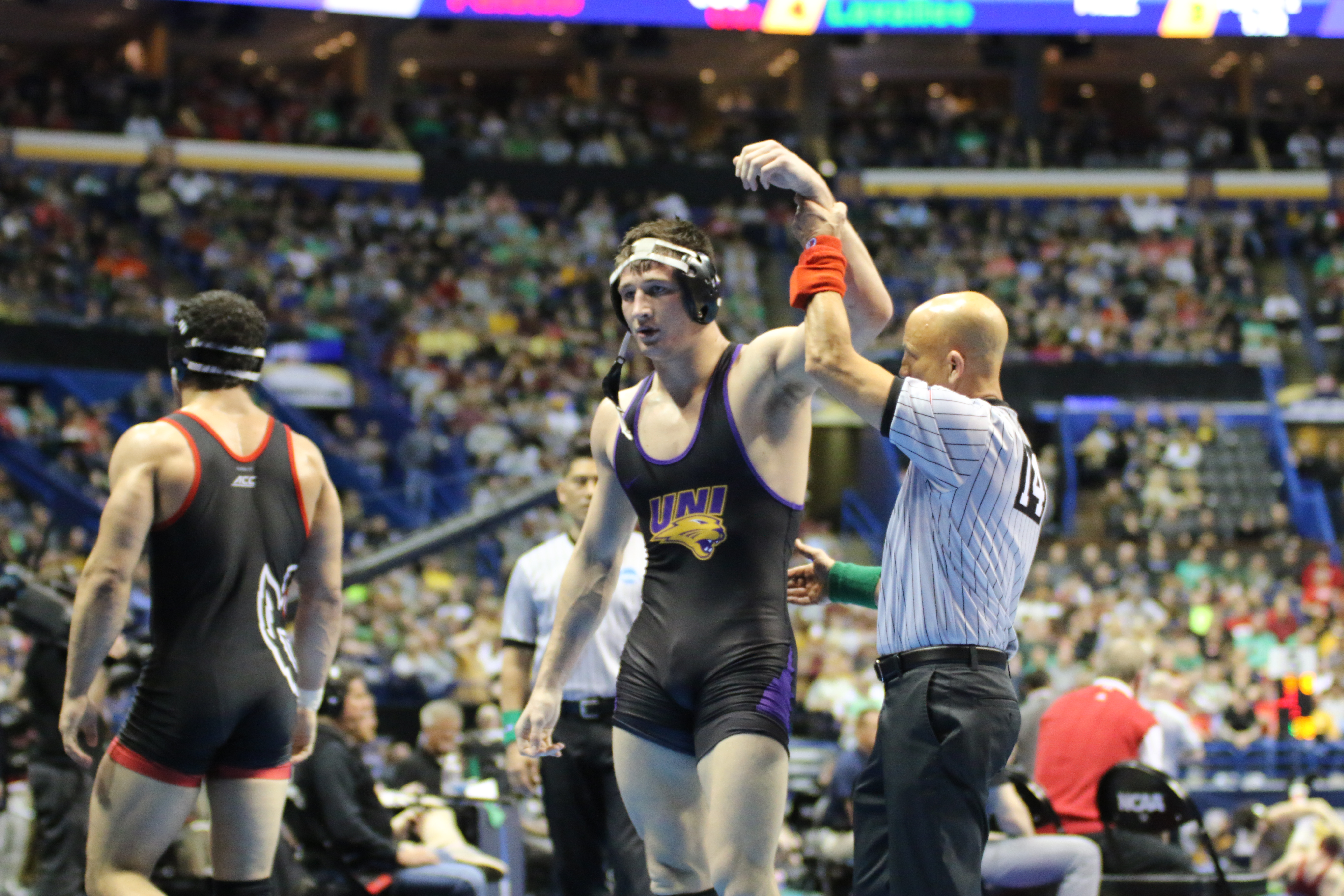 “That’s a testament to what is going on here. We have good guys in the room. I have been asked who I think the best guys are, and I think it’s my practice partners. Those are the guys who are pushing me to be better.”

Only 20 collegiate male wrestlers nationwide will be competing. There also will be a women’s division.

“He’s No. 3 in most polls right now, which goes to show how far he has come,” head coach Doug Schwab said. “We talked about it as a team yesterday. Last year at this time, the only people who knew Drew Foster were the people in that room. It’s a testament to him and the work he has done and how much he believes in what he is doing and in himself.”

The event will be held Princeton University’s Jadwin Gymnasium in Princeton, New Jersey. Foster’s competitor has yet to be announced.

“I will take it as I usually do,” Foster said. “I am not really going to use it as a measuring stick for the year. I am going to have fun and put on a show.”

Foster earned his first All-America title with a seventh-place finish at 184 pounds at the 2017 NCAA Division I National Wrestling Championships. Foster is a junior from Burlington, Iowa, majoring in elementary and middle level education.

“It’s time for him to step up to another level, and I know he is really looking forward to the opportunity to not only showcase himself, but also UNI,” Schwab said. “We haven’t had anyone since I’ve been here in the all-star classic, so to have him in that is huge for him. It’s huge for the program. It really gets your season kicked off.”

UNI wrestling will open its season Nov. 4 at the Harold Nichols Open in Ames, Iowa. The first home dual is set in the West Gym against North Dakota State 2 p.m. CT Nov. 12.

Fans wishing to attend the All-Star Classic may purchase general admission tickets for $20. A social will run prior to the event and cost $50.
Olympic champions Kyle Snyder, Helen Maroules and Brandon Slay will join two-time NCAA champion Joe Dubuque to conduct a clinic from 11 a.m. to 1 p.m. ET. Youth of all ages, up to and including graduating high school seniors are eligible for the clinic. The cost is $30 for the clinic or $40 for the clinic and ticket to the all-star match.
“It’s really a showcase of the best guys in the country,” Schwab said. “All eyes are on that dual that day. Hopefully we can get one more guy in. He’s definitely in the hunt for that. We’ll find out soon if we will get him in too. If not, we’ll have Drew going.”