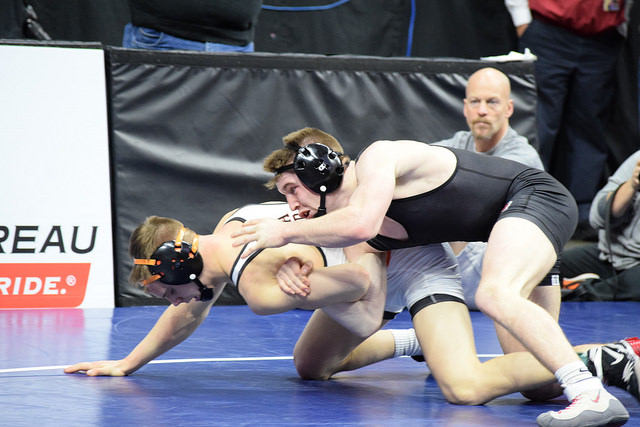 Another top 50 Iowan is coming off the board as Clarion-Goldfield-Dows standout Tanner Abbas has committed to wrestle for Grand View. The #44 ranked wrestler in IAwrestle’s Fab 50, Abbas is the top instate commitment for Nick Mitchell.

A three-time state medalist, Abbas tied his career best finish at the state tournament this past February with a fourth place finish in the 2A 138-pound bracket. Previous podium finishes for Abbas include taking sixth as a sophomore and fourth as a freshman. Abbas is also a Corn Cob Nationals runner-up in 2015.

Abbas will be joining a Grand View program that has now won six straight national titles in the NAIA division and they shattered the team scoring record with 234.5 points this past season.