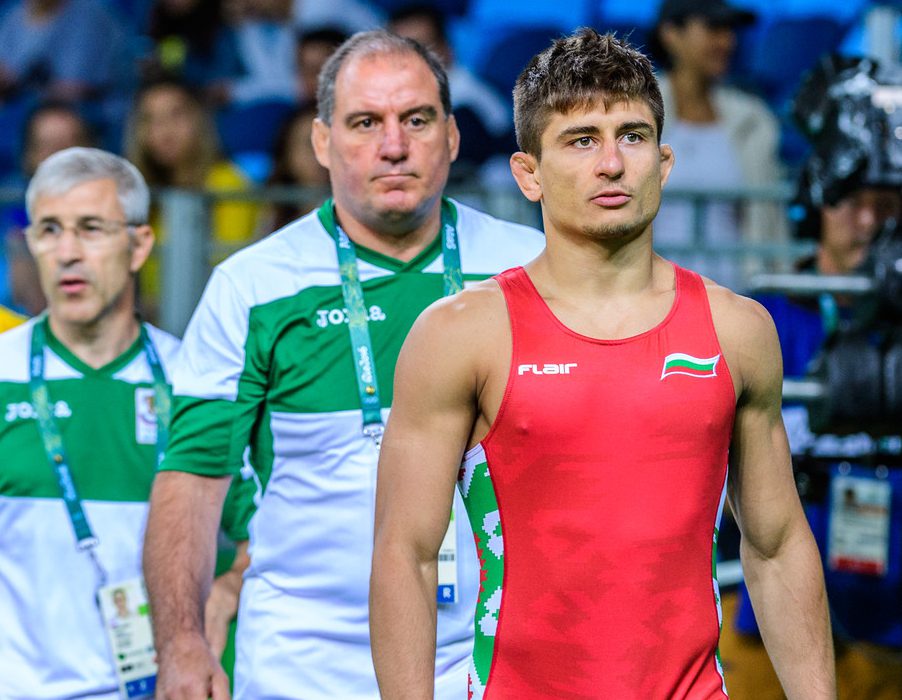 The Hawkeye Wrestling Club continues to add talent as our own Tony Hager is reporting that former Olympian Boris Novachkov will begin training in Iowa City. A native of Bulgaria, Novachkov has a deep history of training in the United States with Mark Perry, who took over as head coach of the HWC this spring.

“I’m excited to join the HWC.” Novachkov told IAwrestle, “It’s an honor to be a part of such a prestigious program. I want to thank the fans and supporters for the opportunity to keep pursuing my goals of being a World and Olympic Champion.”

As a college competitor Novachkov was a three-time NCAA All-American at Cal-Poly. At the time, Perry served as the co-head coach of the Mustangs and helped coach Novachkov to a runner-up finish at the 2011 NCAA tournament at 141 pounds. Following his graduation from Cal-Poly, Novachkov also spent time at the University of Illinois, where he trained with Perry (who left Cal-Poly for the Associate Head coaching position at Illinois) and Isaiah Martinez.

On the international circuit Novachkov has enjoyed quite a bit of success as well. In 2014 he was the European continental bronze medalist at 65 kg, and this past year he was the silver medalist at the same tournament. In 2016 Novachkov earned an Olympic bid by winning the last chance qualifier in Turkey. It was at the last chance qualifier that Novachkov earned a 5-2 quarterfinals win over American Frank Molinaro. At the 2016 Olympic Games, Novachkov ended his tournament with an eighth place finish.

“We welcome the best, most dedicated wrestlers into the HWC.” University of Iowa head coach Tom Brands said of the addition, “Boris Novachkov is going to be a great addition to our program because he has those same qualities as a competitor at the highest level.”

This is yet another big addition for the Hawkeye Wrestling Club this summer as they have already announced the official signings of four wrestlers from Iowa’s 2017 graduating class – including Thomas Gilman who claimed silver at this year’s World Championships, Jesse Delagdo joined the club shortly after the Perry announcement, and the club is expected to announce the signing of Women’s World silver medalist Ali Ragan as well.