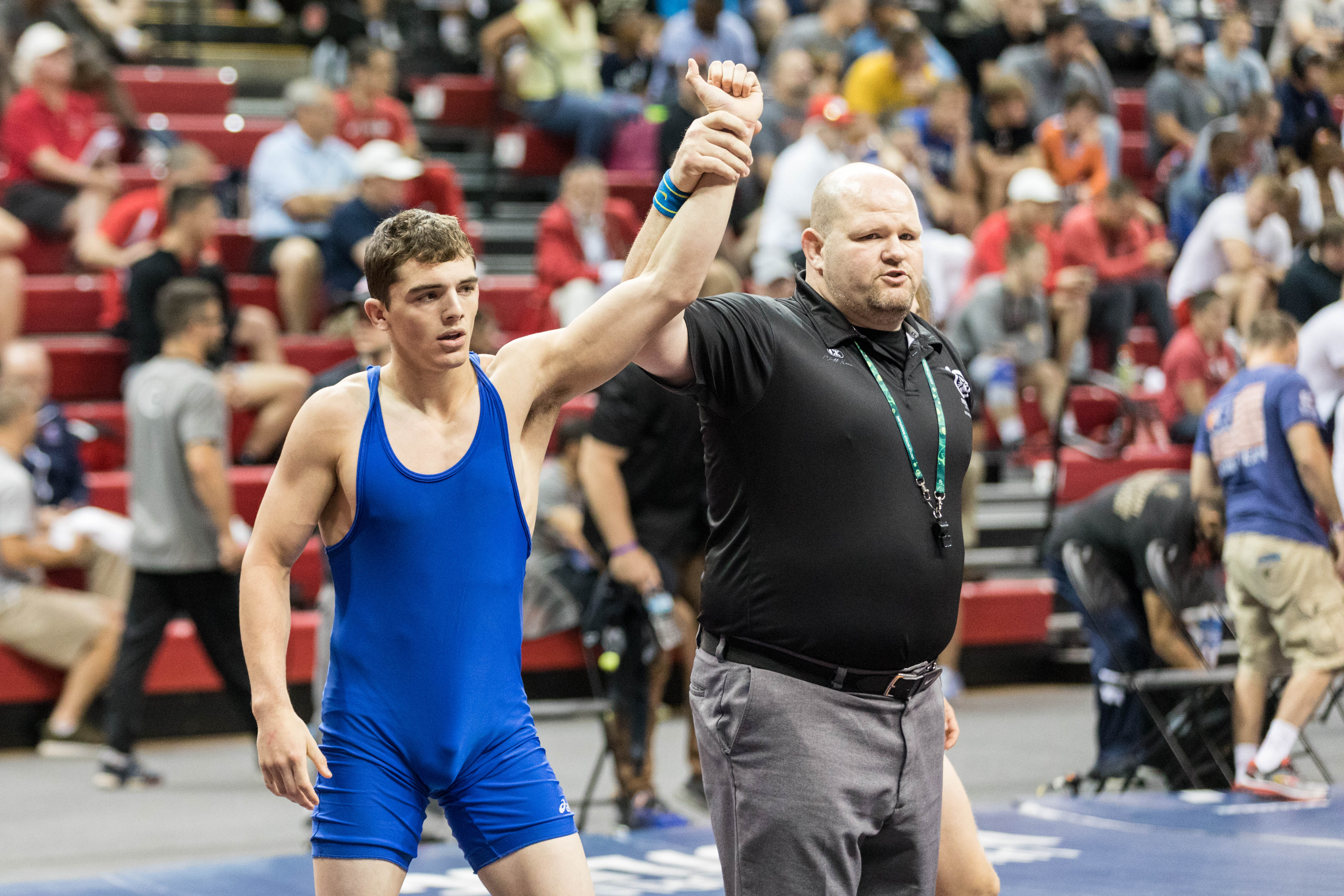 We’re putting it out there. IAwrestle has received word that sophomore Paul Glynn is indeed considering making his way down to 125 pounds. It’s definitely a surprising move, given he’s been listed as a 133-pound wrestler since joining the Hawkeyes, but has competed only at 141 in his two years of competition. However, earlier this summer Glynn did make his way down to 60 kg (132 pounds) for the Junior freestyle circuit. The weigh in rules are different for freestyle versus college wrestling, but according to our information Glynn has the ability to make 125 pounds.

Until we’ve seen Glynn compete at 125 sophomore Perez Perez will be defacto starter as he should definitely be at 125 pounds. Perez is 9-10 over his two season of college wresting (including his redshirt year which will not count on his official record). Glynn is coming off a 7-6 season, but as noted he was up at 141 pounds. If (and at this point that’s what we have to go on, “if”) Glynn can get to 125 and hold the weight it puts his past results in a little bit of a different light. It’s hard to hold losses against a wrestler that may be wrestling higher than his ideal weight. We’ll sit back and see how this one develops.

There is little doubt that to the nation’s top recruit, Spencer Lee of Franklin Regional, Pennsylvania, will start the season in redshirt for two obvious reasons. The first and most obvious being to ensure that Lee has indeed fully recovered from an ACL tear he suffered in January. The second being Iowa head coach Tom Brands has famously only pulled the redshirt on just one wrestler in his decade long career as head Hawkeye, and that was Nathan Burak.

Despite those two reasons to not pull the redshirt there is still cause to wonder if Lee does eventually wind up on the mat in a varsity singlet. After losing five starting seniors from last year’s lineup, 2017-18 looked like it could be a possible rebuild year for the Hawks. However, the potential addition of upperweight Pat Downey will certainly elevate Iowa’s’ title threat capabilities. This weight looks to be an evolving situation for the Hawks, with Glynn’s cut and Lee’s recovery the two biggest keys.

Another potential option at this weight is Ohio prep Justin Stickley, who joins the program after spending the 2016-17 season training with the Hawkeye Wrestling Club and establishing instate residency. A unique case, Stickley will still have a redshirt available for this coming season, but since he is not entering the room straight out of high school the possibility of him being a starter is definitely higher than your typical true freshman. During his deferred enrollment year Stickley competed at 133 pounds at the Luther and Pat Flanagan Open.

Its hard enough trying to be the guy that replaces a NCAA champion in the lineup, let alone know the fact that Iowa has had a finalist at this weight every year going back to 2013 (five straight years). One of the best storylines in 2017 was how an injured Cory Clark, battling difficulties in his shoulder and wrist, toughed it out to win his first NCAA title. It was a happy ending for Clark’s career and if you happen to be an optimist you might also acknowledge the fact that those injuries also allowed Phil Laux to get some starting experience.

Going back to his freshman year, Laux has made seven starts for the Hawkeyes, winning his last two dual starts against Eli Stickley of Wisconsin and Garrett Pepple of Indiana. The win over Stickley along with a 6-4 Midlands victory over Luke Welch of Purdue rate as his best wins.

The biggest question for the backup will come down to whether or not Glynn and Stickley make it down to 125. During the offseason Iowa lost Brock Rathbun and Jack Wagner due to transferring out of the program. While those transfers hurt Iowa in terms of program depth Stickley did own two victories over Wagner making him the most likely option to backup Laux had both wrestlers stayed in the program.

With coach Brands having both Laux and Stickley as options at this weight we should see incoming freshman Max Murin take a redshirt this season. In fact, there is a chance that Murin may not even compete at 133 pounds this season, but in an interview earlier this summer he stated he was open to the possibility of competing at this weight.