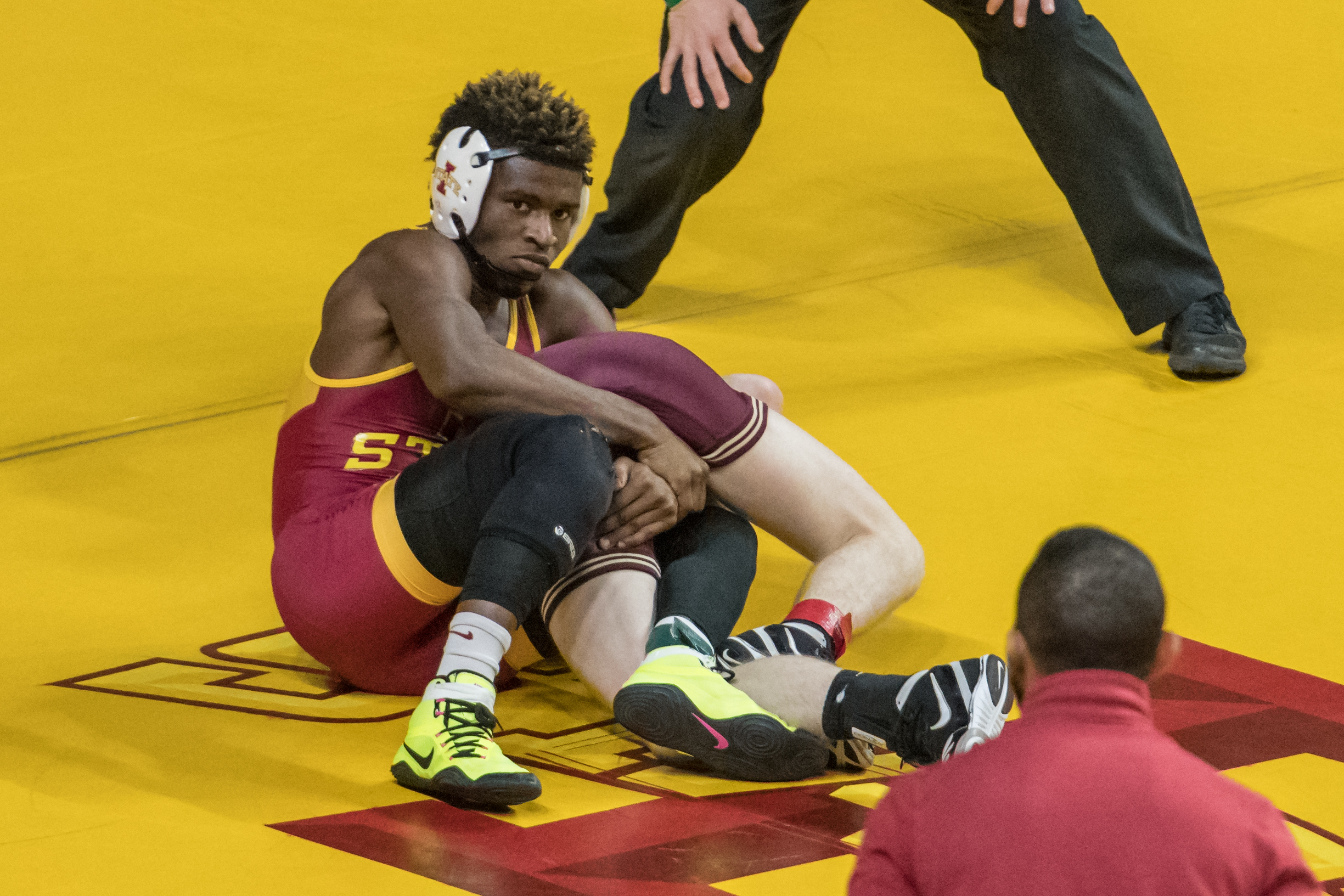 Coming off a historically low season in 2016-17, the Cyclones are turning over a new leaf going out and hiring Kevin Dresser to rebuild the program to its former glory. In addition to the coaching staff getting a reboot, Dresser will be tasked with replacing seven starters in his lineup. With Kyle Larson manning 125 pounds for the past three years, the Cyclones will look to find his replacement between a pair of wrestlers.

As you can tell from the depth chart, this weight looks pretty thin for the Cyclones with only redshirt freshman Danny Vega and Jon Marmolejo as wrestlers who can likely hold the weight. Of that pair it seems likely that Vega will end up with the starting nod over Marmolejo. Neither wrestler has the credentials of a NCAA qualifier on paper to begin the season, which means if Iowa State is going to have someone wrestling in Cleveland, one of these wrestlers is going to need to take a step forward. Currently Wrestle Stat, which rates all wrestlers at a given weight, has Vega ranked #45 and Marmolejo #66 in the preseason.

In his 14-7 redshirt campaign Vega’s biggest win was likely his 15-6 major decision over his teammate Larson at the Harold Nichols Open. That kind of performance fuels the hope that there should be no drop off in production moving into this year, if anything hopefully the upside for this weight has gone up. Also of note is the fact that Vega graduated high school competing at 120 pounds, which would be considered undersized for the college level. With a full year in the room, Vega has grown a bit more into his weight, which should help increase his performance on the mat.

The story of Marmolejo is one of injuries. To date he has competed in 29 matches over three seasons, including only 9 in 2016. Should he get healthy Marmolejo should be able to push Vega for the starting spot.

Just like 125, Iowa State will also be looking at a new face for the 133 pound spot in the lineup, and that will likely be sophomore Markus Simmons. A year after attempting to crack the lineup at 125 pounds Markus Simmons will likely be heading back up to a more natural 133 pounds which is the weight he wrestled exclusively at as a redshirt. Simmons came into Iowa State looking like the future at 125 pounds, but he soon outgrew that weight and now he will be asked to try and fill the shoes of former All-American Earl Hall.

Unlike the new faces at 125, Simmons has more of track record or resume having started last year and he also earned All-American honors in June at the UWW University National tournament, where he was third at 61 kg. Simmons won fans over in 2016 by picking up wins over teammate Larson (by technical fall), Nebraska’s Kris Williams, and Utah Valley’s Taylor LaMont. His only fault was not being able to make the 125 for a whole season, which forced him to the bench. He will still bring his high scoring upside to the table at 133 pounds and a less demanding weight cut could pay big dividends for the Cyclones.

Backing Simmons up will be Michigan prep Ian Parker, who often gets labeled as being a better freestyle wrestler than folkstyle. Whether or not that is true we have still seen big performances from Parker over the last two years at Fargo as a high schooler, and University Nationals earlier this summer. Anyone watching Parker at University Nationals would have noticed he has competent leg attacks and sets a high pace that typically translates well to the college mat. A more likely truth is Parker needed an adjustment year from moving into the college level and very well could win the starting spot from Simmons.

There will also be plenty of eyes on incoming freshman Austin Gomez as he looks to play a big role in Kevin Dresser’s plans to try and rebuild the Cyclone program. The truth is Gomez may be good enough to start right now, but with Simmons and redshirt freshman Ian Parker also looking like viable starting options there doesn’t appear to be a reason to rush Gomez into the starting lineup this year.