Lightweight Shake Up Coming for the Panthers 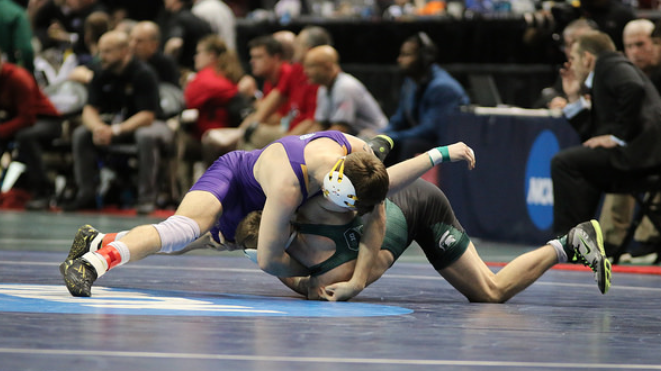 Northern Iowa is coming off one of their best team performances under Doug Schwab, producing two All-Americans at the NCAA championships and winning the MAC regular season title by downing Missouri in Columbia.

While as many as eight starters return from the 2017 squad, Coach Schwab expects some movement in his lineup, particularly in the lightweights.

“Guys are moving some weights.” Schwab told our own Tony Hager earlier this summer in an interview. “I think a lot of guys have had success moving up weights. Sometimes cutting down and doing that all season takes a lot of the joy out of the sport. Guys are worried about making weight instead of getting better.”

The shake up is mainly coming at 133 pounds where two-time NCAA qualifier Josh Alber will be moving up to 141 pounds.

“He’s excited about it” Schwab said of Alber’s weight shift, “We sat down after the season and it’s really what feels like the best thing for him. As a coach what’s most important for me is that your excited about the sport and you’re continuing to improve.”

The move by Alber opens up the 133-pound spot in the lineup. While Schwab did say he was not going to commit on giving a wrestler a spot right now, on paper it looks as though that spot could go to redshirt freshman Rudy Yates.

Yates is coming off a 15-2 record in his redshirt season, with all of his matches coming at 133 pounds. When he committed to UNI Yates told IAwrestle he saw himself as a career 125-pound wrestler for the Panthers, but it looks as though plans have changed (as they often do when trying to project a weight three years down the road).

With All-American Dylan Peters one of two seniors graduating from the Panther lineup, it looks as though Schwab could turn to former Bettendorf prep Jay Schwarm, who filled in at 125 during this past season while Peters was injured.

“Schwarm did a great job last year at 125 filling in for Dylan when he was injured, and he beat some really good guys and is extremely competitive.”

With Alber going it up it certainly presents an opportunity for more talent to find a way into the lineup. All three of Schwarm, Yates, and Alber will need to earn their starting spots, as wrestlers like Tanner Rohweder (125), Jake Koethe (141), and Jake Hodges (141) are all veterans that will be expected to push the trio for the spots.

It also helps that the Panthers have a wrestler to look to in their current lineup, Bryce Steiert, who recently made the same adjustment of going up a weight and went from having a great freshman season to a fantastic sophomore year – with one of the highlights being his pivotal pin against Daniel Lewis to help UNI defeat Missouri for the MAC dual title.

The mentality of getting better, and not wondering when your next meal is, is what Schwab is focused on getting across to his wrestlers.

“If you have a guy that’s fired up and getting better, and maybe he takes (a loss) early, but in the end you know where he is going to be and to me that’s what is important.”

Our Interview with Doug Schwab: