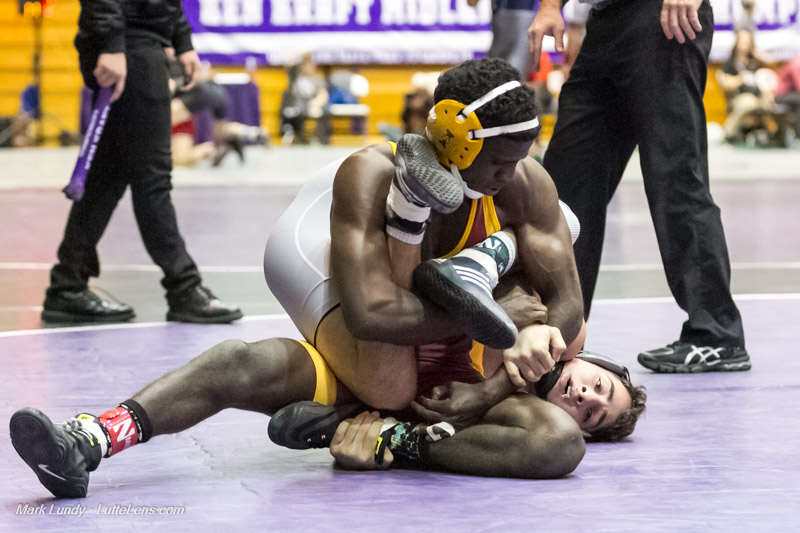 AMES, Iowa – The Cyclone Regional Training Center made two additions to its camp yesterday. Two-time All American Earl Hall and former Cyclone Wrestling Club athlete Ben Durbin have both signed on to the C-RTC.

“I’m excited to be part of the CRTC and work hard under the direction of accomplished coaches who have only the highest expectations of me and all others in the room,” Durbin said of his opportunity to continue wrestling.

Hall, a two-time All American and 100-match winner while wrestling for the Cardinal and Gold, was a household freestyle name before joining the Cyclones. Prior to his ISU tenure, Hall spent a year wrestling at the Olympic Training Center in Colorado Springs, Colo.

“He’s a super talented individual,” Kevin Dresser said about Hall. “I think the sky is the limit with Earl as he buys into our coaching staff. I think Zadick, St. John and Metcalf can really take this guy to another level. I’m excited to see how far he can go. He had a great (University Nationals) for us in just a short period of time with us as a staff.”

Durbin, a former Iowa State football player turned wrestler, has been competing for the Cyclone Wrestling Club the past two years. He’s churned out solid performances at the annual Bill Farrell International, Dave Schultz Memorial International and the U.S. Open, where he finished eighth this April.

“He took a non-traditional approach to senior-level wrestling in being a college football player and then deciding he wanted to wrestle,” Dresser said of Durbin. “The progress he’s made since giving up football to becoming a top-8 guy at the senior level is pretty impressive. He brings the work ethic and the toughness that we love as a staff.”

Hall and Durbin are the next two building blocks of the C-RTC that already includes World Team Trials runner-up, Kyven Gadson. For more information on the Cyclone Regional Training Center, visit cyclonertc.org.