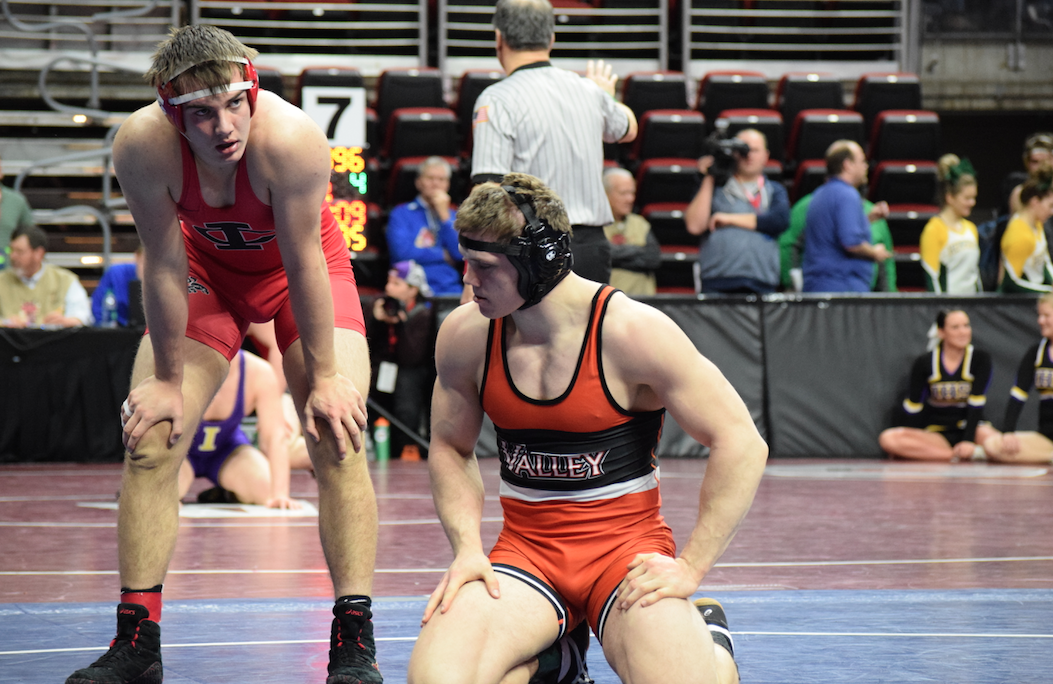 The Hawkeyes have picked up another late addition to their 2017 class as West Des Moines Valley prep, Connor Corbin will be joining the wrestling program in the fall. Corbin was the third place finisher at 195 pounds for Valley this season, and projects at 197 pounds for the Hawkeyes.

A two-time state place winner, Corbin started his sophomore season at 152 pounds, and continued growing to 195 pounds by his junior year. It was in that junior season that Corbin earned his first trip to the state tournament, where he would place fifth. As a high school senior Corbin earned runner-up honors at USA Wrestling’s Preseason Folkstyle Nationals and held the #1 ranking by IAwrestle in November.

In addition to being close to home, Corbin plans to major in pre-med, and cites Iowa’s strong track record for that program as his reasoning for picking the Hawkeyes. As one can believe going from 152 to 195 pounds in a single season isn’t a feat accomplished unless there is some heavy work put into the weight room, which is no surprise why Corbin also mentioned the powerlifting team as another reason for selecting Iowa.