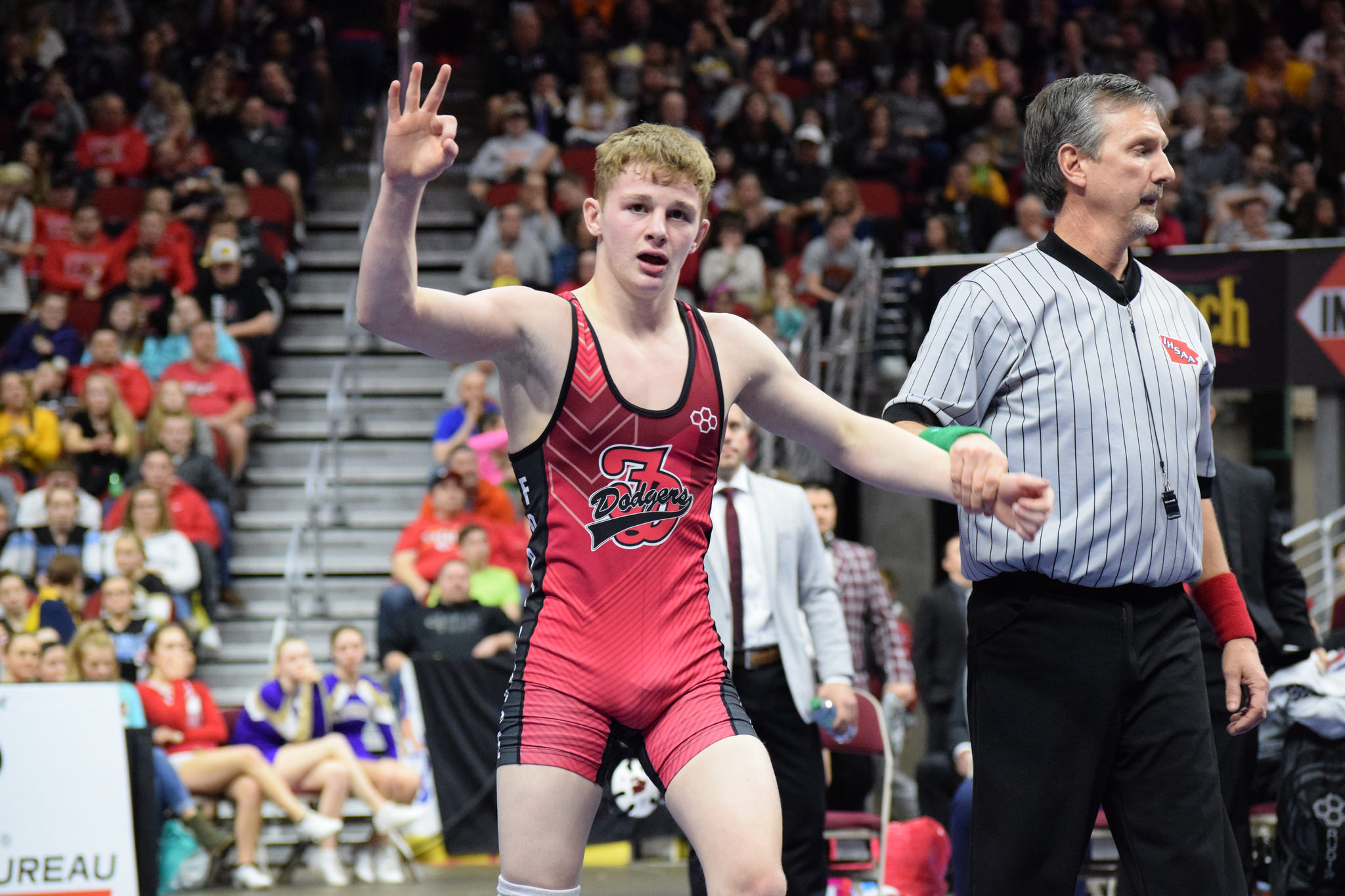 Earlier IAwrestle unveiled our Pre-Summer Fab 50 rankings, identifying the top 50 wrestlers in the state of Iowa. The list, compiled by rankings guru Lars Underbakke, considers athletes who have at least one high school season under their belts, and no longer includes the (now graduated) class of 2017. As we near the pinnacle of summer wrestling (Fargo) and the beginning of official contact for wrestlers entering their senior year, we at IAwrestle are going to take a look at the top 10 uncommitted wrestlers for the class of 2018.

There is no denying it now, that Fort Dodge’s Brody Teske the highest rated prep uncommitted in the state of Iowa. One of two wrestlers that will head into this coming season not only seeking his fourth state title, but looking to remain perfect in his quest to do so. There has been much debate on whether Alex Thomsen of Underwood, the other three-time state champion, or Teske is the better prospect and with both wrestlers projecting at 125 to begin their college career, we may get our answer someday. The other highly debated topic surrounding Teske is where he will land, with all three instate programs currently courting, and as many as four other out of state programs, Penn State included. He is planning on waiting until after Fargo to pick his recruiting process back up, so for now we’ll have to wait.

As far as the recruiting process goes, New Hampton standout Michael Millage has been an open book about his experience, but that mainly comes from the fact that the two-time state champion is willing to consider any school in the country. And he has options. In addition to all three instate programs showing interest, he’s also drawn the attention of ACC powers NC State and Virginia Tech, and Minnesota and Nebraska from the Big Ten. Millage projects himself as a 133-pound wrestler in college, but doesn’t rule out the possibility of going down to 125, or even up to 141.