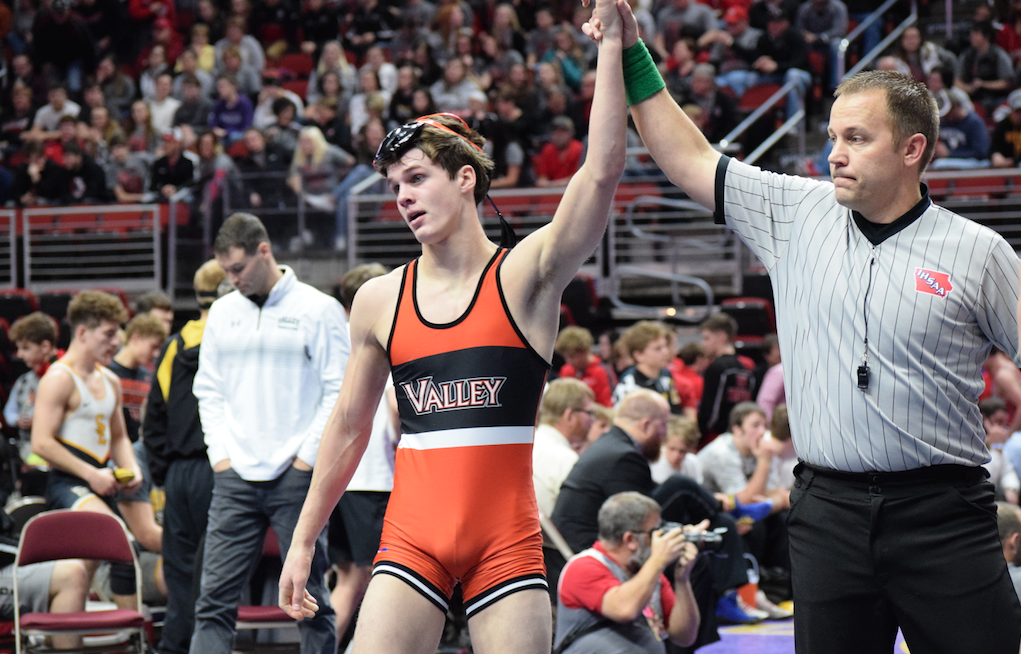 IAwrestle has unveiled our Pre-Summer Fab 50 rankings, identifying the top 50 wrestlers in the state of Iowa. The list, compiled by rankings guru Lars Underbakke, considers athletes who have at least one high school season under their belts, and no longer includes the (now graduated) class of 2017. As we near the pinnacle of summer wrestling (Fargo) and the beginning of official contact for wrestlers entering their senior year, we at IAwrestle are going to take a look at the top 10 uncommitted wrestlers for the class of 2018.

The state of Iowa usually doesn’t have much issue producing top flight 125-pound wrestlers and 2018 will be no exception. With Waukee’s Kyle Biscoglia joining Alex Thomsen, Brody Teske, and Michael Millage as well credentialed lightweights in the state. After missing out on the state tournament as a freshman, Biscoglia has gone back-to-back at the state tournament and has also picked up high finishes at Fargo, UWW Cadets, and Super 32. Currently he is competing at 113 pounds for Team Iowa, and 125 seems to be in the cards for when he gets to college. When a potential career 125-pound wrestler like Biscoglia is on the market, he will certainly draw suitors.

Something to remember about the Fab 50 rankings is that while it does look at a wrestler’s entire body of work, it’s not a projection of how wrestlers will do on the next level or are how they are viewed as a college prospect. I preface that because in my own opinion, West Des Moines-Valley’s Joel Shapiro’s potential ranks right up there with the top two guys in his class. Joel yet another big man in this series, and is a legit Division I prospect. This summer he is currently wrecking the competition at 195 pounds, but if last summer is any indication of his plans, Shapiro is wrestling up to allow his body to grow and to get tougher competition. In any case which ever team is lucky enough to land Shapiro is getting a top end talent that could easily be a four year starter at the next level.

Other than West’s Nelson Brands, Grant Stotts is the only other top middle-weight prospect in the state of Iowa, and he has had an interesting career to say the least going second, first, and then second at the state tournament. A standout on the football field as well as the wrestling mat, Stotts is entertaining offers from several programs already, though for now he is keeping those options private. After finishing runner-up this past season at 145, Stotts will likely move up to 160 pounds this season, and projects to wrestle 165 or 174 pounds in college.