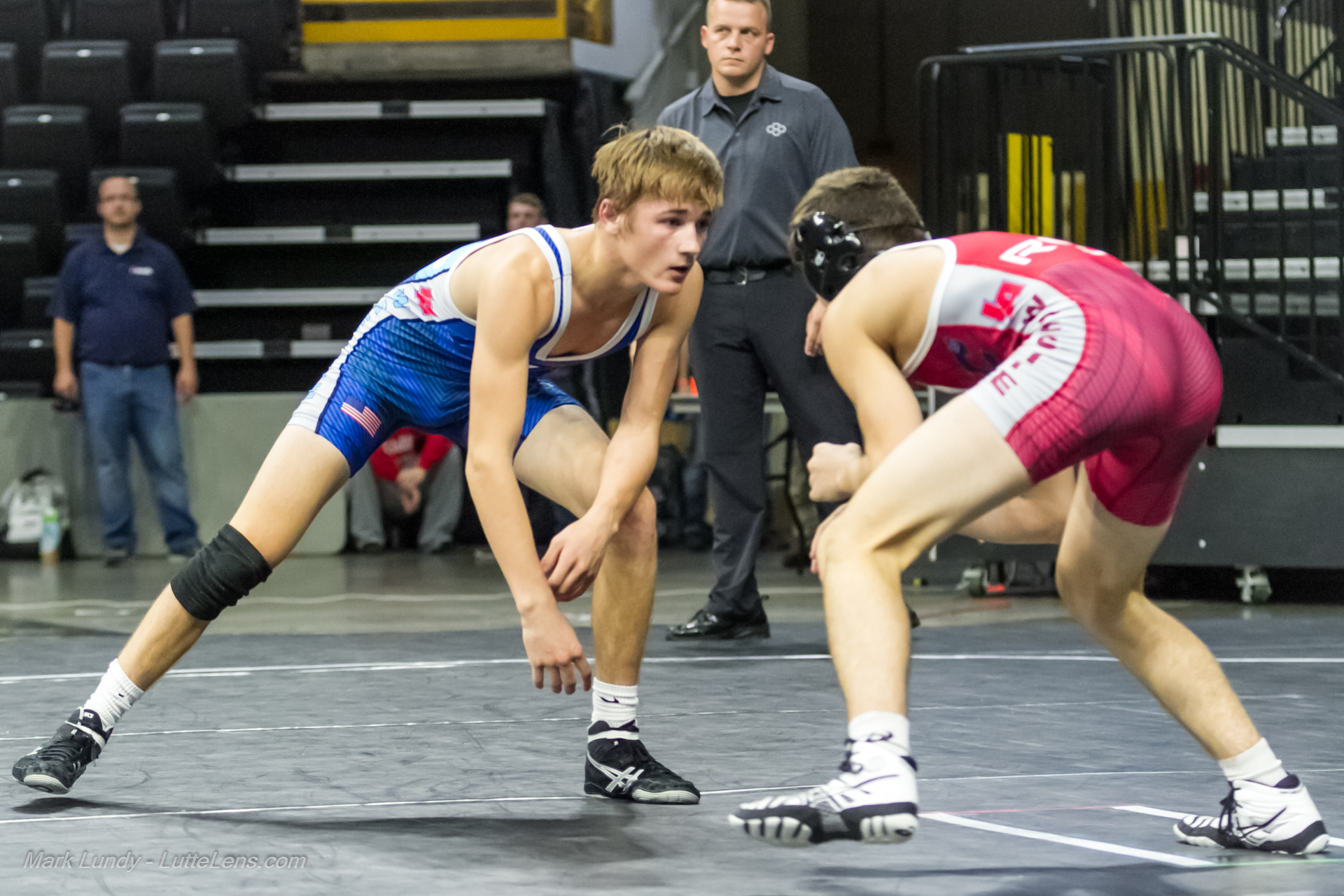 Earlier IAwrestle unveiled our Pre-Summer Fab 50 rankings, identifying the top 50 wrestlers in the state of Iowa. The list, compiled by rankings guru Lars Underbakke, considers athletes who have at least one high school season under their belts, and no longer includes the (now graduated) class of 2017. As we near the pinnacle of summer wrestling (Fargo) and the beginning of official contact for wrestlers entering their senior year, we at IAwrestle are going to take a look at the top 10 uncommitted wrestlers for the class of 2018. Today we look at #7 and #8.

After starting with a few upper-weights, we head down to the lightweights. Fort Dodge’s Drew Bennett has run into some tough luck in his career which has prevented him from winning a state title despite being considered a top 20 wrestler at his weight nationally. As a freshman Bennett sat behind teammate Brody Teske, and both his sophomore and junior state runs were ended by Waukee’s Kyle Biscoglia. The latter stings just a bit more, as Bennett had seemingly cracked the code on beating Biscoglia, handling him twice in the regular season, but had the script flipped on him at state. Since the season ended Bennett has focused on getting bigger, wrestling up at 126 pounds this summer. Right now he appears to be slotted at 125 or 133 for the future, and is planning on visiting in-state schools Iowa State and Northern Iowa. Bennett also plans on visiting a couple out of state schools as well.

Southeast Polk’s Nathan Lendt has finished in the top three at the state tournament on three occasions, including back-to-back runner-up finishes as a sophomore and junior, but has yet to claim an individual state title in February. On the national scene, Lendt hasn’t put together a big tournament at Fargo, but he has earned All-American honors at both UWW Cadet Greco-Roman Nationals and USA Wrestling’s Preseason Folkstyle Nationals. He competed at 138 pounds this past season for the Rams, but was all the way up to 152 pounds at the Iowa Freestyle and Greco-Roman state tournament.