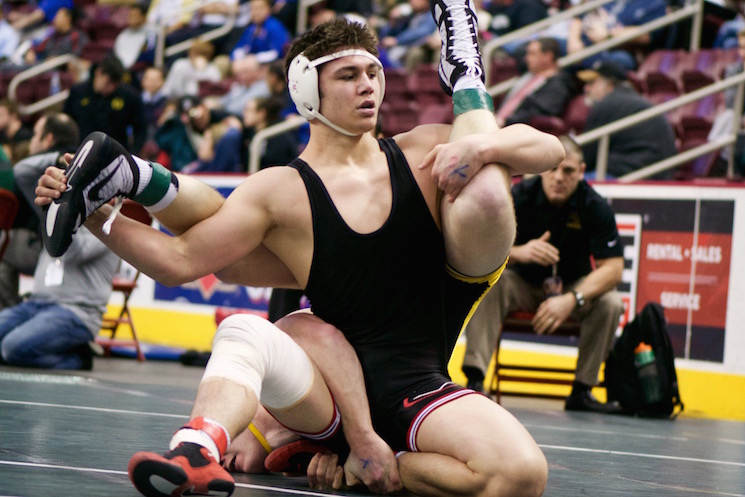 IAwrestle has learned that three-time Pennsylvania state medalist, Francis Duggan will be transferring to the state of Iowa and will wrestle for Iowa City West High School. Readers might recognize that last name because his older brother Patrick recently transferred to the University of Iowa, both Duggan’s have since moved to Iowa City and Francis will wrestle 220 for Team Iowa at the Junior National Championships in Fargo, North Dakota later this summer.

“Going to Iowa has been a dream of mine. I have not committed to the Iowa Hawkeyes yet but I know being in Iowa City and being with my brother is going to make me a better wrestler. My time to talk to Iowa will come.” – Duggan said

As a freshman Duggan earned a sixth place finish at 195 pounds in Pennsylvania’s larger AAA class for Cumberland Valley high school. After transferring to North Allegheny for his sophomore season, Duggan finished seventh at 195 pounds. This past season Duggan bumped up to 220 pounds where he finished fifth. He is currently rated #26 by Flowrestling in the class of 2018. Duggan tells IAwrestle he plans to wrestle 285 pounds next season for Iowa City West.

“Right now my focus is 100% on wrestling. I won’t be playing football this season and plan to bulk up this summer and fall.” – Duggan

This will undoubtedly make West a much tougher program, as Duggan will likely be ranked near the top of his weight class rankings. Duggan, along with two-time state champion Nelson Brands, figure to give the Trojans two state title contenders.

13 thoughts on “Francis Duggan to transfer to Iowa City West”