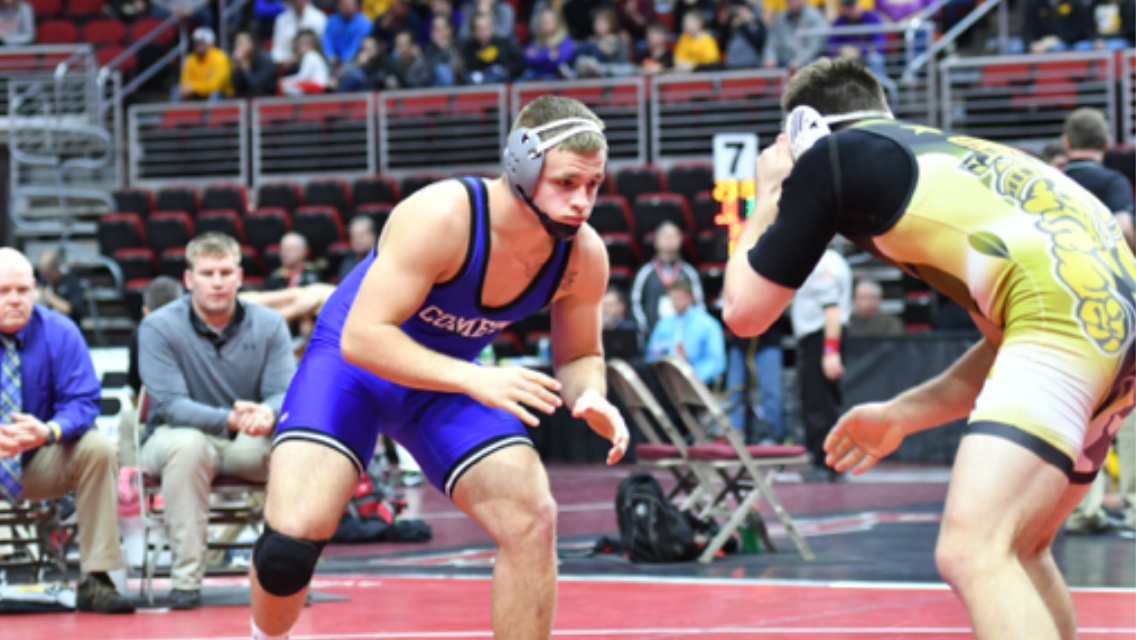 Last week IAwrestle unveiled our Pre-Summer Fab 50 rankings, identifying the top 50 wrestlers in the state of Iowa. The list, compiled by rankings guru Lars Underbakke, considers athletes who have at least one high school season under their belts, and no longer includes the (now graduated) class of 2017. As we near the pinnacle of summer wrestling (Fargo) and the beginning of official contact for wrestlers entering their senior year, we at IAwrestle are going to take a look at the top 10 uncommitted wrestlers for the class of 2018.

I realize we skipped over #7 and #8 (we’ll get to them), but Bryce has recently given IAwrestle permission to release the schools he is currently looking at.

Coming off a state championship season West Liberty’s Bryce Esmoil has certainly seen his stock go up over the past nine months going from #24 in the Fab 50 all the way up to the #10 spot. He’s been one of the top upperweights in 2A for the past two seasons now, and after winning four matches by bonus at the state tournament, it doesn’t appear that will be changing anytime soon.

His biggest value for Division I programs will center on whether or not he can hold 197-pounds, which would mean we would see Esmoil compete at roughly the same weight for eight years. A three year state medalist at 195 pounds, Esmoil has drawn interest from several Division I programs and he has recently given IAwrestle that list. Among the schools being considered by Esmoil are instate schools Iowa, Iowa State, and Northern Iowa, as well as South Dakota State.

Esmoil is still in the earlier stages of his process, but has also expressed an interest in wrestling somewhat closer to home.