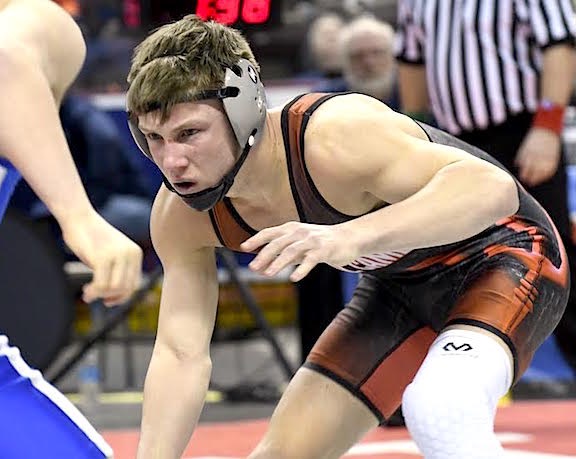 Murin is Iowa’s third and final top 50 recruit in the class of 2017, and is the fourth wrestlers from the Young Guns Wrestling Club in Pennsylvania to join the Hawkeye program. Murin is a climber, finishing his senior season almost 40 spots higher than where Flowrestling ranked him in August (#81).

He may lack the World level accolades of Lee and Warner, but Murin has been has been nails domestically, never finishing lower than fourth out at Fargo over the last three years and he was a two-time state champion in Pennsylvania’s smaller class winning as a sophomore and as a senior (and was the tournament’s Outstanding Wrestler as a senior).

This summer will likely be filled with competition for Murin competing at NHSCA National Duals and Disney Duals on the Young Guns team and the possibility of training to win a Fargo title as well. We likely won’t see Murin in Iowa City until August, but he’ll hardly lack a strong training environment while attending Young Guns practices.

Murin’s lineup future is a bit murkier, as Iowa has pulled in two top 100 recruits of relatively the same size in each of their last two recruiting classes. Both sophomore Vince Turk and redshirt freshman Carter Happel are expected to be the top two battling for the 141 pound spot in Iowa’s 2017-18 lineup, and both could have the potential to move to 149 down the road once Brandon Sorensen finishes out his career. Regardless, Murin’s presence will be a welcome addition at a weight that hasn’t produced an All-American since 2012.