Isaiah Martinez wants to finish what he started at Illinois 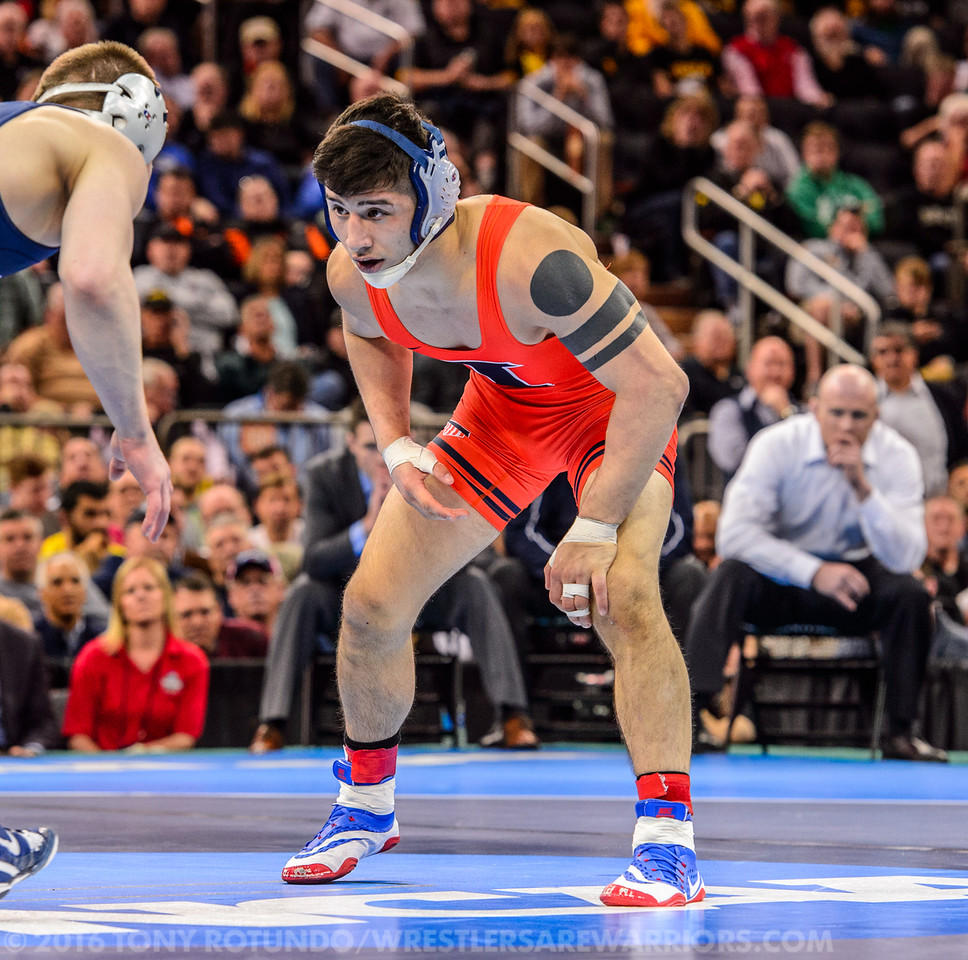 Even before the Mark Perry news became official, fans in Iowa City began to wonder if the University of Illinois star wrestler Isaiah Martinez would transfer to Iowa to follow one of his coaches. Once the Perry hiring became official, the speculation ratcheted up a notch as the Hawkeyes continue to search for ways to catch up to Penn State in the team title race.

It’s a common theme in wrestling for an athlete to want to follow a particular coach when they accept a new position at a different university. Whether the bond is formed during the recruiting process, or whether the wrestler attributes a part of their success to their coach, the possibility of transferring is bound to come up.

For now it sounds as though that speculation can be put to rest, with the two-time NCAA champion joining the “Inside Trip” podcast – a show hosted by two Ohio native wrestling fans – to shoot down the rumors on his transfer. Martinez stated his reasoning for wanting to stay in Illinois to finish out his career are motivated by the loyalty he feels towards the Illini program.

“To me loyalty is the big deal,” Martinez said on the podcast, “I would never transfer from Illinois.”

Transfer rules tend to vary by school, conference, and the individual situation for the transfer, but in this case it appears Martinez could have followed Perry to Iowa had he finished his undergraduate degree at Illinois and then used the NCAA’s graduate transfer rule. Even though the possibility was on the table, Martinez doesn’t seem to entertain it.

“I could, if I graduated I could transfer [to Iowa], I am on track to graduate with two degrees by time I graduate next year. I wouldn’t transfer. I have a job to finish with this university and this university has my commitment. Loyalty is a big deal to me, and I would never leave my coaches here at this school.”

Martinez also said in the interview that he was involved with the decision on Perry taking his new position, with his former coach even coming to seek his advice on whether or not he should make the move back to Iowa City.

“Me and Mark have this very close, but professional relationship where he tells me the truth and I tell him the truth, and it’s never hard feelings because this is business. He asked my advice on what I thought he should do. I basically gave him the truth. Where he wants to be and what he wants to do for this sport, I personally thought it was the right move. Even though it sucks because you know he’s my coach and he’s really helped me throughout my career.”

Martinez also made it clear that he bares no ill will toward Perry in making the decision to leave Illinois, and is happy for his coach’s future.

“I gave him my full support and I was never bitter about anything that happened in this process. I am tremendously happy for him because I know the kind of man he is and know what he can do with that kind of program.”

While it sounds as though the door is closing on Martinez transferring to Iowa the option for him to join the Hawkeye Wrestling Club following him completing his college career remains very much a possibility. During his HWC Banquet Perry told the Des Moines Register’s Chad Lestikow that Martinez is definitely the type of wrestler that has the talent to compete on the World level.

“I would definitely like to have him part of the Hawkeye Wrestling Club in the future. I think that guy has potential to be a multiple world champion. If he surrounds himself in an environment full of alphas like himself, the potential for him is limitless.” – Mark Perry in the Des Moines Register.

The cupboard is far from empty at 165 pounds next year for Iowa, with 2017 NCAA qualifier Joey Gunther returning for his sophomore season, and Alex Marinelli coming off a highly successful redshirt season. Marinelli was also the UWW Junior Nationals runner-up in freestyle while competing at 74 kg, downing 2016 All-American David McFadden.

For now it seems as though Martinez’s future lies in Illinois, though Iowa fans can still hope that Perry will have the tools to recruit Martinez again, this time to join him as a Senior level athlete.