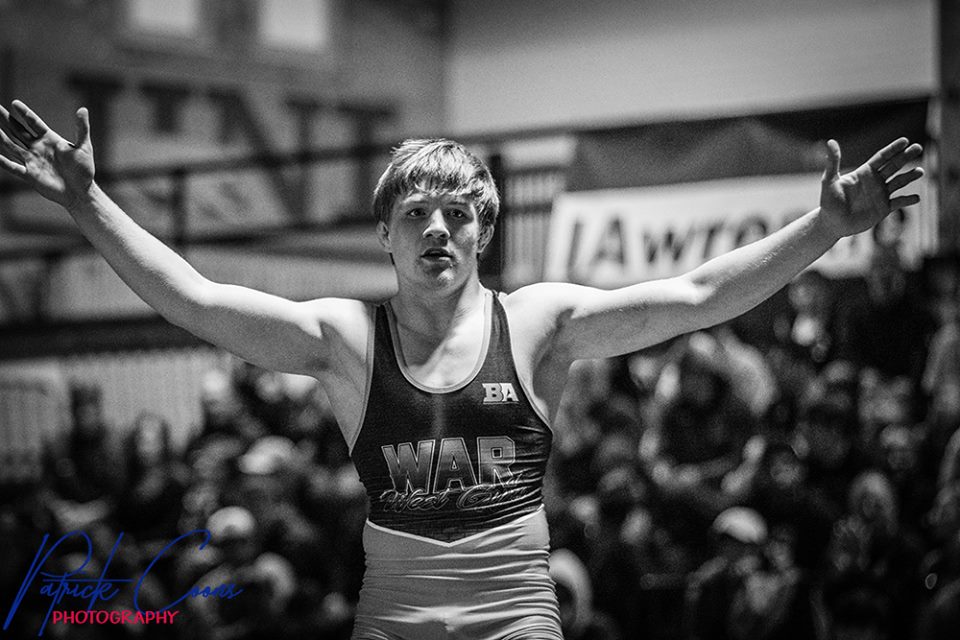 If there one thing you need to know about incoming New Hampton wrestler Keaton Geerts it’s that he is tough as nails. Not only did the 2A stand out capture his second state title in February, but he was frustrated that he only managed to win by decision (a bonus victory would have went a long ways in the 2A team race). In addition to that, we later found out that Geerts wrestled the tournament on a torn ACL, a fact that didn’t seem to trouble him in his War at West Gym victory over Minnesota’s Jakob Bergeland a month later.

In a lite recruiting class for the Panthers in terms of ranked recruits, Geerts looks like a steal at #91 overall as he has posted wins over Underwood’s Alex Thomsen, Bergeland, and Pennsylvania’s Beau Bartlett within the last 12 months. We’ve seen Geerts has the talent to compete with the nation’s best, and given his ability to fight through injury we know that he has the mental toughness to match the physical skills.

We’ll see what the future holds for Geerts given his injury. He wasn’t planning on being able to compete at Fargo, but that could just give him an accelerated time table for beginning his training in Cedar Falls. Given New Hampton’s proximity to UNI Geerts doesn’t need to move into Cedar Falls to begin training, though he’s told us he plans on making the transition by the end of the month.

Looking at the UNI lineup Geerts will have an opportunity to make a name for himself at 141 pounds, though two other 141-pound recruits will be enrolling at UNI in same class – Derek Holschlag and Triston Lara. Following a likely redshirt, Geerts would need to go through upperclassmen Jake Koethe and Darin Eades to win the starting spot, but head coach Doug Schwab has already shown he isn’t afraid to put the best wrestler on the mat and even recently tweeted about the possibility of one of his incoming recruits challenging for a spot next season.