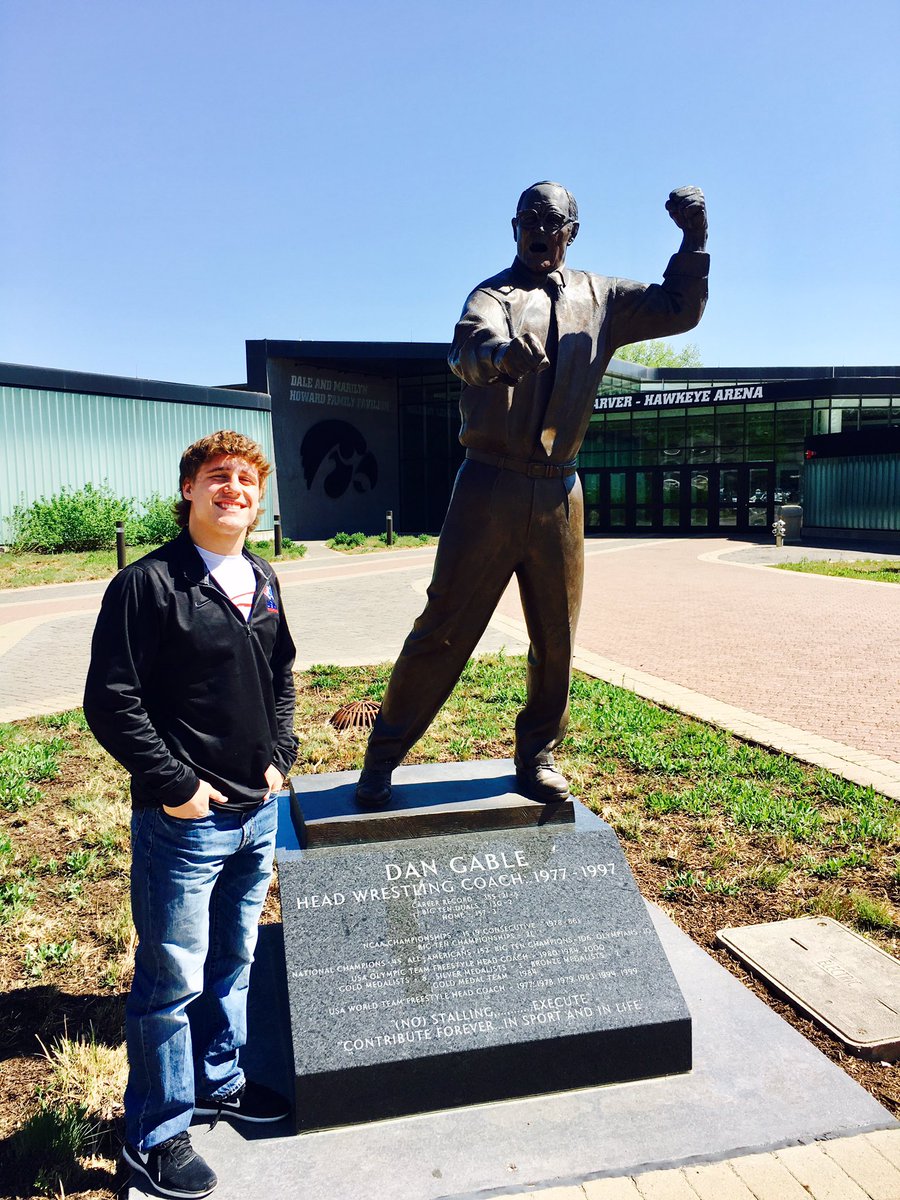 This past weekend, Trent Hidlay of Mifflin County, Pennsylvania headed west for an unofficial visit at the University of Iowa. Ranked #3 at 160 pounds and #16 overall in the class of 2018, Hidlay is an extremely talented prospect from deep within enemy territory — less than an hour’s drive to Penn State University.

“I visited Iowa to become familiar with the team, the coaching staff, and the campus. I have never been to (Iowa) before so I decided that it was a good idea to get on campus and experience the atmosphere before I got too far in the recruiting process.”

A 2017 state champion at 160 pounds, Hidlay earned his first title in his second attempt, falling to current Hawkeye Kaleb Young in a tight 5-3 battle last year as a sophomore. Not only has Hidlay strung together three successful seasons for Mifflin County, but he has also earned top finishes at the Cadet and Junior high school championships in Fargo, North Dakota, as well as a third place finish at the Cadet World Team Trials last summer.

After finishing his visit Hidlay came away impressed with both the coaching staff and the facilities.

“The relationship that coaches had with their wrestlers and the camaraderie that the guys on the team had,” Hidlay said was his biggest takeaway on the weekend, “The wrestlers and coaches have a strong mutual respect for each other and it really stuck out to me. Carver-Hawkeye was awesome and the gym is incredible. The facilities are top notch.”

Hidlay will project at 174 pounds in college with room to potentially grow above that weight. He noted that he early in his recruiting process and that he wasn’t ready to release his top schools at this time. Trent’s brother Hayden currently competes for North Carolina State.

Listen to Ross and Eric discuss the Hidlay news on Potentially Dangerous:

One thought on “Trent Hidlay Recaps Unofficial Visit to Iowa”