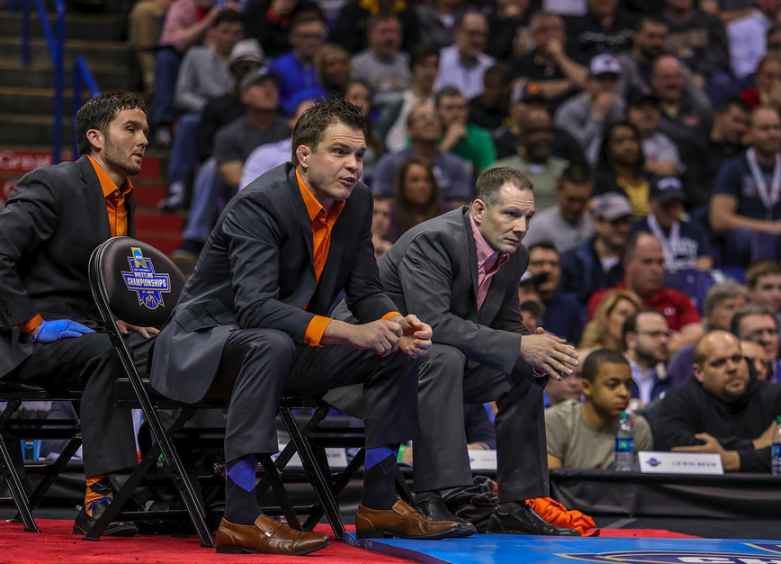 In the arm’s race of college wrestling, the Hawkeye Wrestling Club have been searching for athletes and coaches to beef up their RTC. IAwrestle has learned that one guy on their radar is one of the top wrestlers to strap on the black and gold of this past decade, that man is Mark Perry.

Perry is currently the associate head coach for the Illinois Illini program, serving under Jim Heffernan since the 2011-12 season. During his time with Illinois, Perry has been credited with much of the success of two-time NCAA champions Jesse Delgado and Isaiah Martinez. Before that, Perry was the head coach at Cal-Poly and also spent time as an assistant on the Penn State coaching staff.

During his wrestling career, Perry was a linchpin in kick starting Iowa’s three year NCAA team title run in 2008. A two-time national champion and four-time All-American for the Hawkeyes, Perry never finished lower than third in his career at the NCAA championships, and was also a four-time finalist at the Midlands and Big Ten Championships.

Mark Perry was has been seen in Iowa City numerous times after the NCAA Championships and as recent as May 9th.

At a recent Hawkeye Wrestling Club meeting members of the board expressed interest to make a big splash hire to head up the HWC. Things have been moving quickly on the fundraising and with Mark Perry among others seen in Iowa City, the Hawkeyes will soon have their guy. Nothing is official but we will keep you up to date on this developing story.