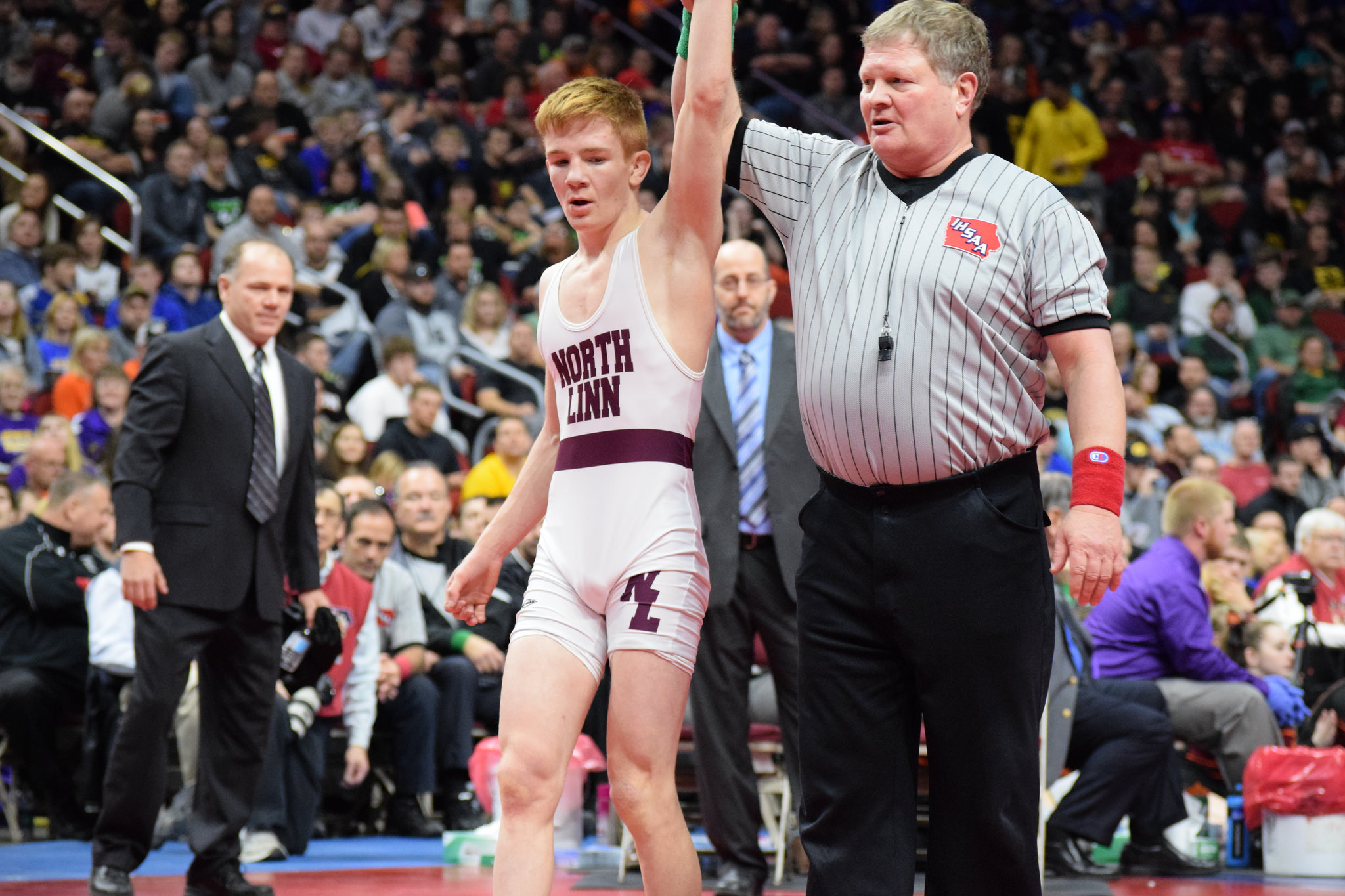 Brock Henderson, a senior at North Linn, capped off his career a two-time Iowa high school champion, and followed that up by committing to Upper Iowa University. After thinking the decision over, Henderson has decided to switch his commitment and will now wrestle for Coe College.

“After a true consideration of all of my options, and thinking about what is best for me as a person, student, and athlete I have decided to de-commit from Upper Iowa University and attend Coe College,” Henderson told IAwrestle, “The environment the coaches have created (at Coe) will shape me for the rest of my life.”

Henderson finished his high school career with a record of 175-9, which included an undefeated junior season (47-0) and says he plans to wrestle either 125 or 133 pounds in college.