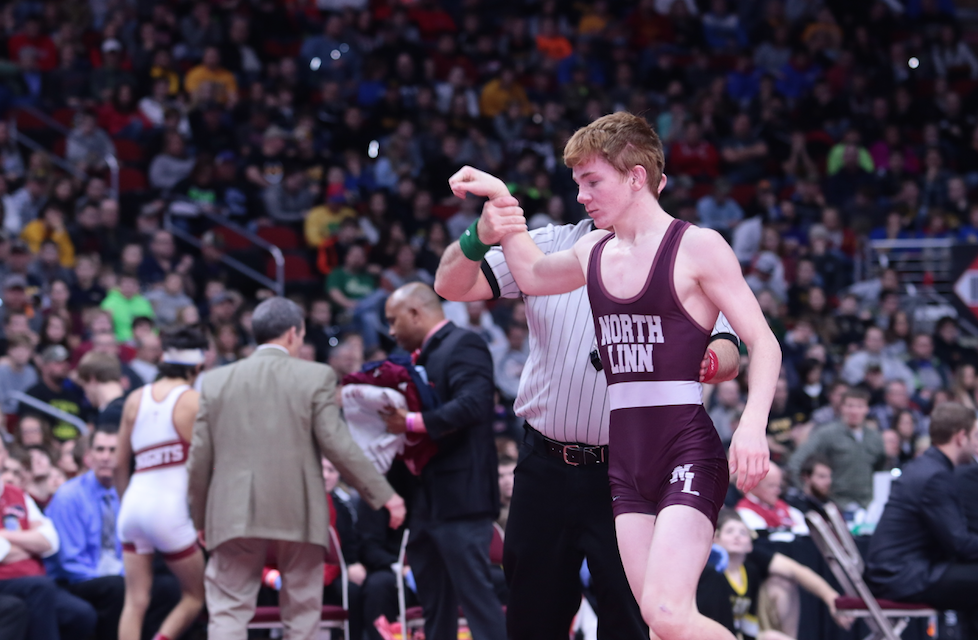 Brock Henderson, a senior at North Linn, capped off his career last week with another state title at The Well. The two-time state champ and four-time Iowa state place-winner has informed IAwrestle that he will continue his wrestling and academic career at Upper Iowa. Henderson finished his high school career with a record of 175-9, which included an undefeated junior season (47-0).

“The coaches and environment I will be in both wrestling and academic-wise,” Henderson told IAwrestle on why he picked Upper Iowa,”It felt like home and I believe it’s the best place for me to grow as a person and wrestler to pursue my goals.”

Henderson picked Upper Iowa over Division III program Coe College, as well as entertaining several Division I programs like Cornell and UNI. Henderson says he plans to wrestle either 125 or 133 pounds in college.