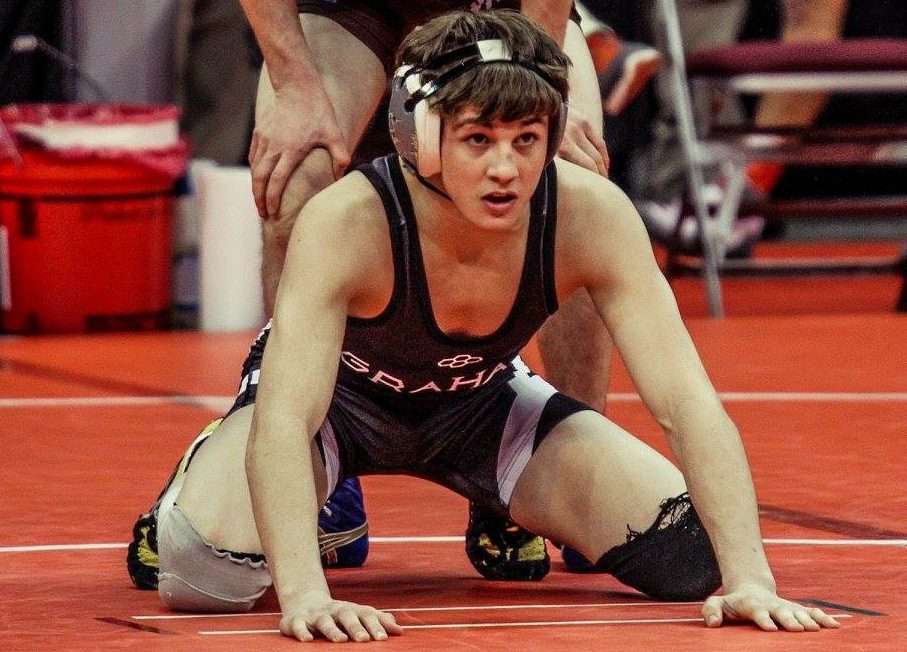 A year ago at this time Tom Brands landed the verbal commitment from Ohio prep Justin Stickley, an under the radar lightweight recruit from the high school powerhouse St. Paris Graham. Unlike his fellow 2016 high school graduates, Stickley took a different path to Iowa, opting to defer enrollment in the University in order to establish in state tuition.

While Stickley’s situation is uncommon, it’s not unheard of. One of the nation’s top recruits from the same high school class, Mason Manville, did something similar for Penn State this last season.

Over the past year Stickley has been far from idle, working a job to his pay bills, all the while still trying to make time to continue to focus on wrestling.

“This has been quite a year,” Stickley told IAwrestle, “I moved (to Iowa City) last June and since then have been working construction in Iowa City. Over the summer I was able to get workouts in with the guys on the team. I have also been working on strength training and wrestling with the Eastern Iowa Wrestling Club.

“I wasn’t sure what to expect (this year) but since moving here I have kept busy I am pumped to be here and look forward to starting school this fall.”

While Stickley wasn’t enrolled or competing for Iowa, he did still manage to attend a few open tournament, the Luther Open in Decorah, Iowa and Dubuque, Iowa’s the Flash Flanagan Open.

“Initially I wasn’t sure on when I would be competing. Based on my schedule over the winter I chose to wrestle in those opens because they were closer than some of the others that I was considering.”

At the Luther Open Stickley took home first place honors at 133 pounds in the smaller freshman division, defeating his future teammate, Jack Wagner, 9-5 in the bracket semifinals. In his second tournament Stickley would take second losing only to Northern Iowa’s Rudy Yates. All told Stickley was able to wrestle nine matches while competing unattached.

“I did only compete in a few matches but from them I learned that I have to be 100 percent ready to go from the first whistle no matter who I’m wrestling. Everyone who is there, is there to win and I can’t take any match for granted.”

With the end of the 2017 Spring term approaching quickly, Stickley is eager to begin competing with the team on a full-time basis.

“Over the ‘offseason’ I’m excited to get back to training with my future teammates. Strength is important so I need to keep lifting, as well as always keeping focused on my goals and being a contender for the Hawks.”

The Hawkeyes do graduate a pair of seniors at 125 and 133 pounds, which creates two openings at the weights for the first time in three years. Since his college eligibility clock hasn’t started, Stickely still has his redshirt available, but he hasn’t ruled out competing if his team needs him. That includes potentially dropping down to 125 pounds.

“I’m not sure yet if I’m going to redshirt or not. Either way I’m going to have to keep training hard. We’ll just have to see what happens over the summer and fall and talk it over with coaches as season gets closer later this year.

“Right now, I’m planning on 133 for next year but things can always change depending on where I can best help the team.”