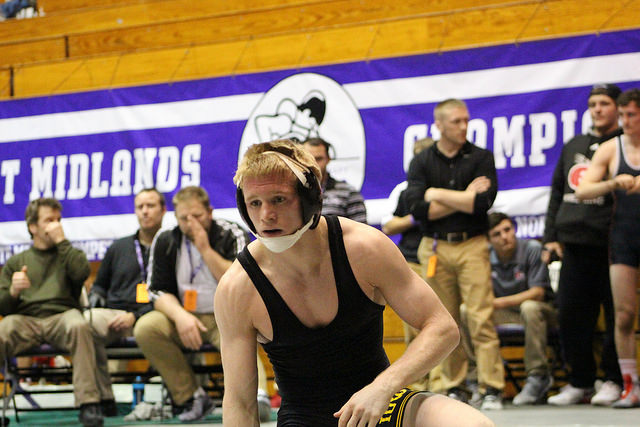 The 2017 season is over, which means now is time to start looking forward to the future and what next year may bring. Every season fans across the country start to pencil what they think their team’s lineup will look like at the start of next season, and that is certainly true for fans of the Iowa Hawkeyes. With the graduation of five seniors from last year’s lineup – four of them earning All-American honors – for the first time in years we will see several question marks in how the Hawkeye lineup will shake out.

Perhaps the biggest hole created with the graduation of this senior class was at 125 and 133 pounds, where Thomas Gilman and Cory Clark combined for seven All-American honors, two Big Ten titles, and over 200 victories. It’s no surprise that with those two now moving on (potentially to the Hawkeye Wrestling Club) that head coach Tom Brands will be fielding questions on who will step up at those weights for Iowa.

This past weekend on Takedown Radio, Brands answered questions about his lineup, the first being whether or not soon-to-be senior Phil Laux would be able to make the cut back to 125 pounds after backing up Clark this season at 133.

“I think his strongest weight is 133,” Brands said in the interview, “If you look at how he progressed and how he stepped in for Cory the times he did, I think 133 is his weight-class. I don’t think it’s a matter of necessarily deciding where he is going right now. But right now if you’re asking the question I would say he’s probably stronger at 133.”

The end of Brands’s statement didn’t seem to close the door on Laux still potentially dropping down, but it does appear that the head Hawkeye seems to think for now he may be better off staying put. If Laux is unable to make 125 that would leave three wrestlers from this year’s roster as options for the weight. To-be junior Perez Perez, and freshmen Jack Wagner and Brock Rathbun. Both Wagner and Rathbun competed at 133 and 141 respectively this season.

“There’s a lot of questions to be answered, but they might be closer to being answered than you think at this time of year. Which is always a good thing when you have a little bit of certainty when you’re looking a long ways away from the start of the season.”

While we are still half of a year away from the first official practice taking place in Carver-Hawkeye Arena, it sounds as though more time will be needed before we know which wrestler will be emerging at those smaller weight-classes.

Listen to Tony and Ross give their thoughts on the Hawkeye lineup on the latest episode of Potentially Dangerous: